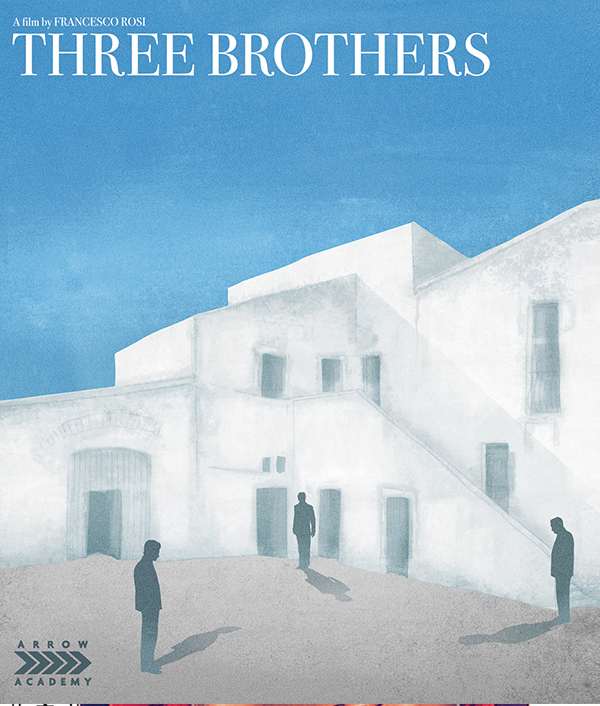 "A wonderful film that moves on waves of feeling. Francesco Rosi, who has one of the greatest compositional senses in the history of movies, keeps you in a state of emotional exaltation. A simple image has the kind of resonance that most directors never achieve." (Pauline Kael, New Yorker) Francesco Rosi established himself as one of the greatest chroniclers of Italy's stormy postwar history with such riveting classics as Salvatore Giuliano, The Mattei Affair and Illustrious Corpses. Three Brothers (Tre fratelli) explores similarly knotty social and political territory through the seemingly straightforward story of three siblings returning to their native southern Italy to pay homage to their late mother. However, their various professions - a judge in Rome (Philippe Noiret), a spiritual counsellor in Naples (Vittorio Mezzogiorno), a factory worker in Turin (Michele Placido) - have a profound effect on their response to this reunion. Arrow Academy is proud to present this powerful, Oscar-nominated film in a brand new 2K restoration.