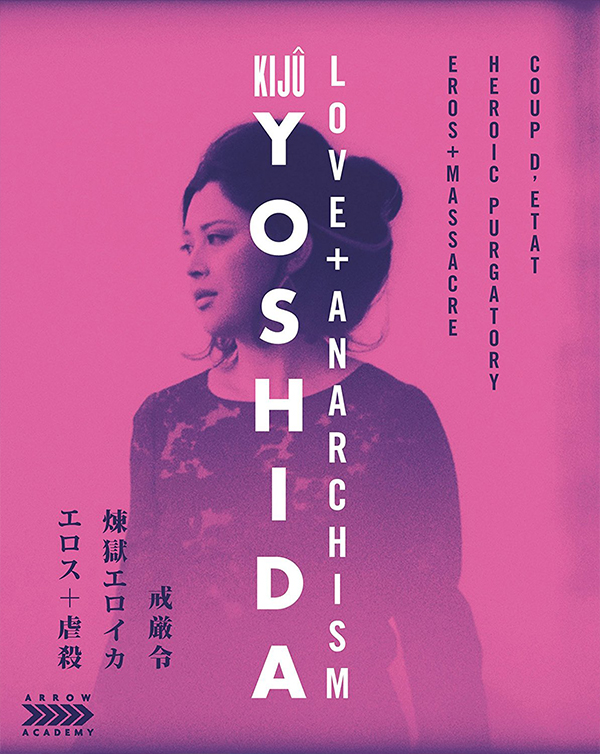 The work of Kiju Yoshida is one of Japanese cinema's obscure pleasures. A contemporary of Nagisa Oshima (Death by Hanging, In the Realm of the Senses) and Masahiro Shinoda (Pale Flower, Assassination), Yoshida started out as an assistant to Keisuke Kinoshita before making his directorial debut at age 27. In the decades that followed he produced more than 20 features and documentaries, yet each and every one has proven difficult to see in the English-speaking world.

This collection brings together three works from the late sixties and early seventies, a loose trilogy united by their radical politics and an even more radical shooting style. Eros + Massacre, presented here in both its 169-minute theatrical version and the full-length 220-minute director s cut, tells the parallel stories of early 20th-century anarchist (and free love advocate) Sakae Osugi and a pair of student activists. Their stories interact and intertwine, resulting in a complex, rewarding work that is arguably Yoshida's masterpiece.

Coup d'etat returns to the past for a biopic of Ikki Kita, the right-wing extremist who sought to overthrow the government in 1936. Yoshida considered the film to be the culmination of his work, promptly retiring from feature filmmaking following its completion.