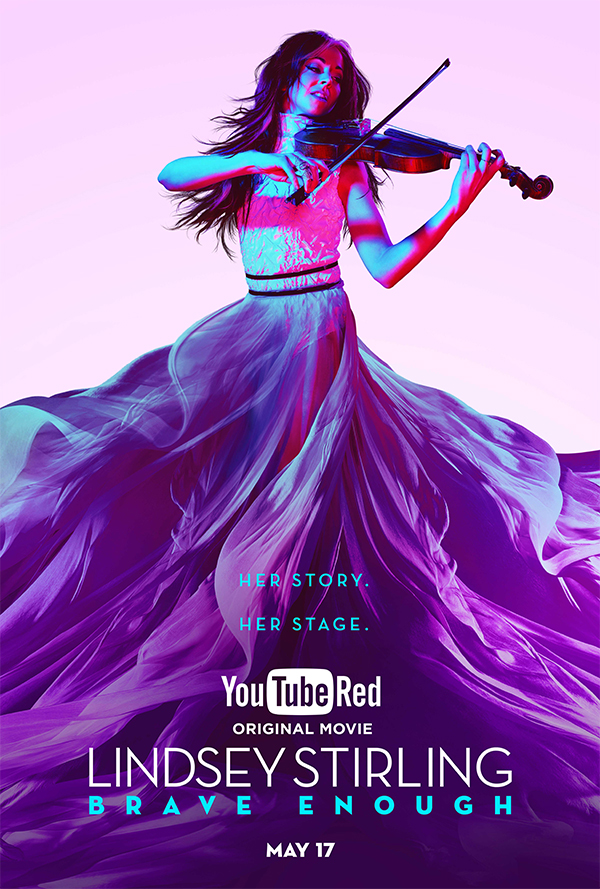 With riveting performances, in-depth interviews and never-before-seen personal footage, fans will get a rare look at pivotal moments that have shaped Stirling’s career. The film weaves together stories of tragedy and triumph to reveal the emotional journey of a talented woman determined to succeed despite the odds. The documentary also follows Stirling’s journey to stardom and the evolution of her sound, as she blends electronic music with pop, country, rap, alternative and rock to develop the unique sound she has become known for today.

Lindsey Stirling has found great success on YouTube, with over 9.2 million subscribers and over 1.7 billion video views. Since the release of her 2012 self-titled debut, the electronic music impresario, classically trained violinist, dancer, and artist has become one of the 21st century’s most innovative music stars by clinging to her groundbreaking vision of cinematic violin-driven electronic music.

“Lindsey is a remarkable talent who stayed true to her vision and found her audience on YouTube,” said Susanne Daniels, Global Head of Original Content, YouTube. “This documentary celebrates her unique sound and showcases the creative forces behind her music. She faces life’s challenges with an optimistic spirit that her fans love - and one that is truly inspiring. ”

“Life is not one journey to a destination. It’s a constant battle to stay optimistic even if you’ve been hurt multiple times,” said Lindsey Stirling. “The scars can either make you hard or make you strong - and we all have that choice. It’s a climb, but you can rise past your trials and be brave.”

YouTube Red is a paid membership that gives you an enhanced, uninterrupted experience across YouTube, YouTube Music, YouTube Gaming and YouTube Kids.YouTube Red is currently available in the United States, Australia, New Zealand, Mexico and Korea with plans for additional international expansion throughout the year.