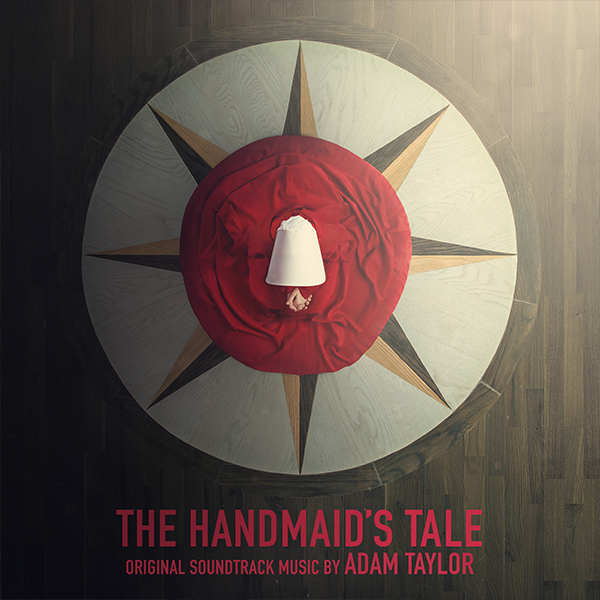 “In creating the score for THE HANDMAID’S TALE, I recalled a conversation with series creator Bruce Miller where he describes a world which is dark, but hopeful,” said Taylor.  “That description shaped how I approached the creation of a theme that would emotionally connect the audience to the various systems at play in the series.”

Adapted from the classic novel by Margaret Atwood, The Handmaid's Tale is the story of life in the dystopia of Gilead, a totalitarian society in what was formerly the United States. Facing environmental disasters and a plunging birthrate, Gilead is ruled by a twisted fundamentalist regime that treats women as property of the state.  As one of the few remaining fertile women, Offred (Elisabeth Moss) is a Handmaid in the Commander’s household, one of the caste of women forced into sexual servitude as a last desperate attempt to repopulate a devastated world. In this terrifying society where one wrong word could end her life  Offred navigates between Commanders, their cruel Wives, domestic Marthas and her fellow Handmaids – where anyone could be a spy for Gilead – with one goal: to survive and find the daughter that was taken from her.

“The systems are the antagonist of the series, a relentless and indifferent force that is slowly disfiguring society and the inhabitants of Gilead,” Taylor explained. “I thought about it like waves of sound, waves that slowly grew in volume and dissonance until it overcame the senses. This led to what we landed on as the opening theme, and also how we approached the dynamics and shaping of the orchestral elements of the score.”

Taylor continued, “We knew from the start that we wanted to use classical instruments, as well as synths and atonal elements. One idea for the score was to reiterate sounds and instruments through processes that would create a loss in fidelity, like a poor quality photocopy... much like how life in Gilead was a distorted replica of normal life.”  He experimented with an old tape echo to achieve this sound. “I went as far as tracking an instrument, then changing the speed of the tape to 'fake' melodic changes. It took some time to get right, but was worth it in the end – and ended up being crucial to making, what was essentially a two-note theme, sound emotive and interesting.”

Taylor is a film score composer based in Long Beach, California known for his subdued, emotional, and minimalistic scores.  Taylor began his career scoring documentary and short films when Editor Stephen Mirrione enlisted his talents for John Wells’ August: Osage County.  Since then, Taylor has become a prominent and sought after composer in the indie film space, most recently scoring Before I Fall from director Ry Russo-Young.

This project marks a creative reunion for Taylor and Reed Morano, who directs the first 3 episodes of the series, as he scored her directorial debut Meadowland (Official Selection of the Tribeca Film Festival), starring Olivia Wilde, Luke Wilson and Elisabeth Moss.