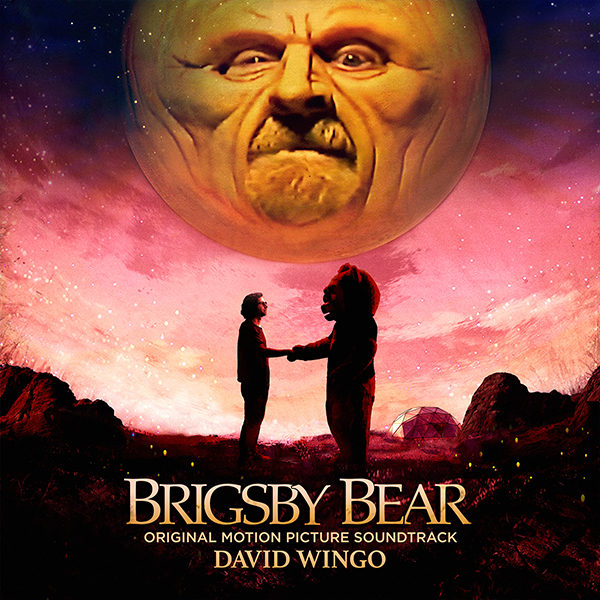 “I was beyond thrilled when I found out that Dave [McCary, director] and Kyle [Mooney, co-writer] were interested in talking to me about scoring the film,” said Wingo. “I'm a big fan of all their Good Neighbor stuff and was kind of obsessed with these ‘very special episode’ sketches they did for SNL and was sending them to everyone I knew, and the idea of ever potentially working with them never crossed my mind until I got the call.”

BRIGSBY BEAR Adventures is a children's TV show produced for an audience of one, James (Kyle Mooney). When the show abruptly ends, James' life changes forever and he sets out to finish the story himself.

“There was a lot of discussion as to how much the score should have in common with the kitschy 80's kid show music from Brigsby Bear the show,” Wingo explained. “We always kept in mind that the score should for the most part be subjective to James' experience and reflect his mental and emotional state, so it made a lot of sense that with his single-minded obsession with the show as well as the fact that it's basically the only “culture” he was ever exposed to that if the music was to mirror him, then it needed to maybe share something in common with the Brigsby music.”

David Wingo got his start composing music for films on David Gordon Green's debut feature GEORGE WASHINGTON, collaborating on the score with Michael Linnen. The movie went on to win numerous awards and was eventually released on DVD by the Criterion Collection. Wingo and Linnen collaborated again on Green's Sundance Award-winning follow-up ALL THE REAL GIRLS and since that time Wingo has worked with Green on a majority of his films. His score for the Jeff Nichols film TAKE SHELTER, which won the Grand Prix prize at the Cannes Film Festival, landed him a Discovery Of The Year Award nomination at the World Soundtrack Awards. In 2013 Wingo scored Nichols’ MUD, which was released to worldwide acclaim and went on to be the breakout indie hit of the year. The last couple of years have been his busiest yet and have included Nichols' studio debut MIDNIGHT SPECIAL as well as his widely acclaimed, Academy Award-nominated feature LOVING. Wingo is currently working on his first television show, providing the score for Bill Hader's new HBO series BARRY. He has also been active with his band Ola Podrida since 2006, releasing three critically-acclaimed albums and placing songs in numerous films and TV series, including multiple episodes of HOW I MET YOUR MOTHER and NURSE JACKIE.

“We knew that a lot of the heavy lifting music-wise was going to be in the first 15 minutes when he's still down in the bunker,” Wingo explained. “There's score running throughout much of that section and it was really important to capture the loneliness and melancholy of James' life and to help the audience immediately identify with him even though it hasn't been revealed what is actually going on with him. The ultimate goal was to make the section feel emotionally grounded even though it's not revealing to the audience what this upside-down world is all about.”