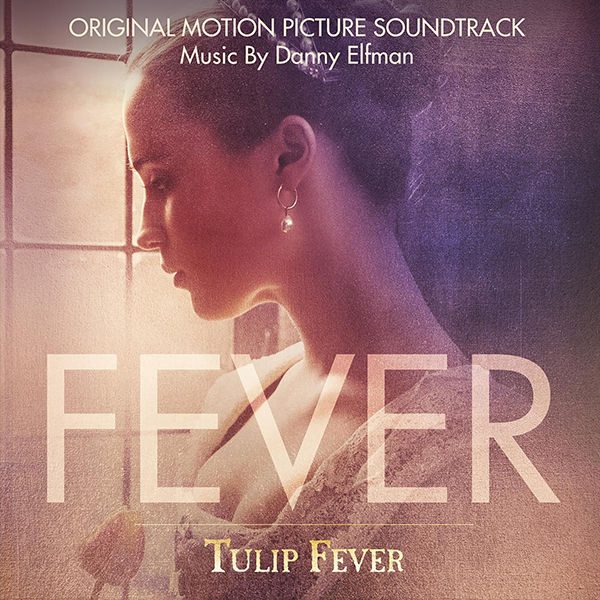 Sony Classical proudly announces the release of the Original Motion Picture Soundtrack of Tulip Fever featuring music by four-time Academy Award® nominee and Grammy Award®-winning composer Danny Elfman. The soundtrack will be released on August 4 and the movie will be in theaters on August 25.

Based on the best-seller novel by Deborah Moggach, Tulip Fever follows a married woman (Alicia Vikander) in 17th century Amsterdam, who begins a passionate affair with an artist (Dane DeHaan) hired to paint her portrait. The lovers gamble on the booming market for tulip bulbs as a way to raise money to run away together.

The protagonist is played by Alicia Vikander, who is currently in the midst of what is often called a “moment,” having won an Oscar® for her performance in The Danish Girl and has recently starred in several other high-profile films including Jason Bourne and The Light Between Oceans. The film also stars Academy Award® winners Christoph Waltz and Judi Dench.

A native of Los Angeles, Elfman grew up loving film music. He travelled the world as a young man, absorbing its musical diversity. He helped found the band Oingo Boingo, and came to the attention of a young Tim Burton, who asked him to write the score for Pee-wee’s Big Adventure. (25 years later, the two have forged one of the most fruitful composer-director collaborations in film history.) In addition to his film work, Elfman wrote the iconic theme music for The Simpsons and Desperate Housewives. He also composed a symphony Serenada Schizophrana for Carnegie Hall, an overture The Overeager Overture for the Hollywood Bowl, Iris—a Cirque du Soleil show at Hollywood’s Dolby Theatre and most recently, Elfman’s violin concerto No. 1 which had its world premiere in Prague on June 21st. Danny Elfman’s Music From the Films of Tim Burton had its concert premiere at London’s Royal Albert Hall. “Having a particular style is not bad,” says Elfman, “but I prefer to push myself in the direction of being a composer who you never know what he’s doing next.”