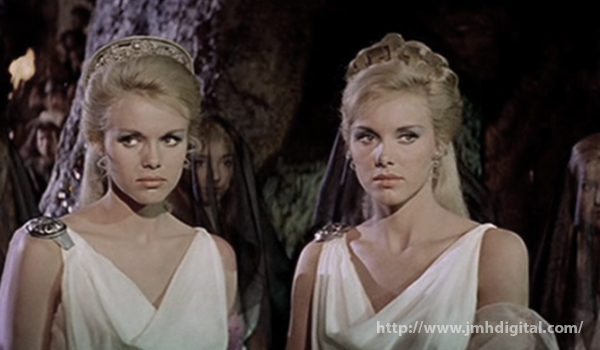 In 1961, director Mario Bava (Rabid Dogs, Kill Baby Kill) turned his hand to the historical adventure genre, capitalizing on the recent success of 1958's Kirk Douglas vehicle The Vikings. The result was a colorful, swashbuckling epic of treachery, heroism and forbidden love: Erik the Conqueror.

In 786 AD, the invading Viking forces are repelled from the shores of England, leaving behind a young boy - Erik, son of the slain Viking king. Years later, Erik (George Ardisson, Juliet of the Spirits), raised by the English queen as her own, becomes Duke of Helford, while across the sea, his brother Eron (Cameron Mitchell, Blood and Black Lace) assumes leadership of the Viking horde and sets his sights on conquering England once again, setting the two estranged brothers on a collision course that will determine the fates of their respective kingdoms... 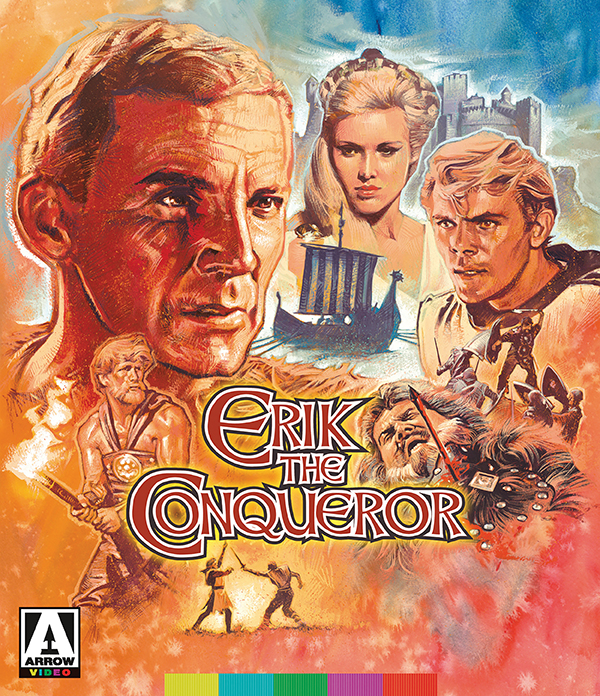 Now restored in high definition for the first time, Arrow Video is proud to present this cult classic in all its original splendor.

Features
- Brand new 2K restoration of the film from the original camera negative
- High Definition Blu-ray (1080p) and Standard Definition DVD presentations
- Original Italian and English mono audio (lossless on the Blu-ray Disc)
- Newly translated English subtitles for the Italian soundtrack
- Optional English subtitles for the deaf and hard of hearing for the English soundtrack
- New audio commentary by Tim Lucas, author of Mario Bava - All the Colors of the Dark
Gli imitatori, a comparison between Erik the Conqueror and its unacknowledged source, The Vikings
- Original ending
- Reversible sleeve featuring original and newly commissioned artwork by Graham Humphreys