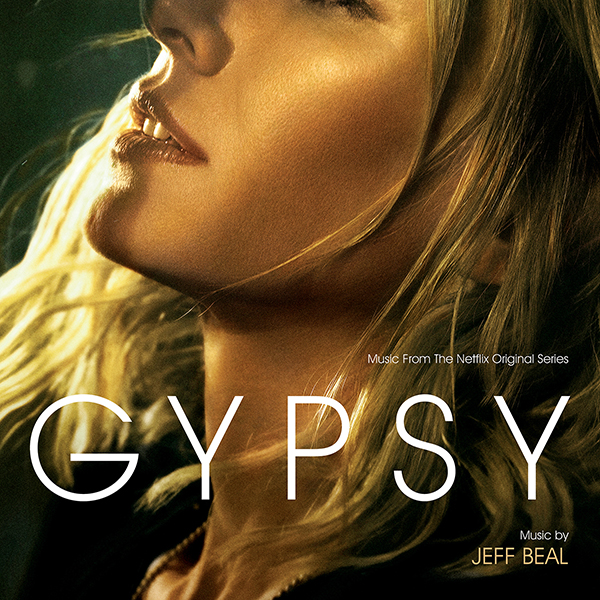 Varèse Sarabande will release the GYPSY- Original Netflix Series Soundtrack digitally on July 28, 2017.  The double album features the original music composed by Jeff Beal (AN INCONVENIENT SEQUEL: TRUTH TO POWER, THE PUTIN INTERVIEWS) for the Netflix series, which premiered globally on June 30th.

“The very first scene of the pilot is a bit of a microcosm of some of the themes of the show,” said Beal. “We meet Jean walking through Grand Central station and out into the sunlight. There is a surreal quality to the light and slow motion, and a key line in the opening narration ‘There's a force more powerful than free will — our unconscious.’ This felt like the way in - music should express the inner monologue of Jean's hidden, secret identity, which we would discover over the course of these 10 episodes.”

Gypsy is a ten-part psychological thriller that follows Jean Holloway (Naomi Watts), a Manhattan therapist with a seemingly picturesque life who begins to develop intimate and illicit relationships with the people in her patients' lives. As the borders of Jean's professional life and personal fantasies become blurred, she descends into a world where the forces of desire and reality are disastrously at odds.

“Lisa Rubin [series creator] encouraged me not to play too dark early in the season, but rather play the sense of mystery and discovery,” Beal explained.  “Lisa really responded positively to my first idea for the opening, which was a mixture of some dreamy electronics, melodic gestures, pulsing synths, and an important musical ‘Easter egg’. It feels a bit unsettling and strange, a good musical metaphor for Jean’s character.”

Jeff Beal’s film music career began to take off with his work on the acclaimed film POLLOCK (2000) – another film where getting into the mind of the subject was essential to telling his story. Beal writes, orchestrates, conducts, mixes and often performs on his own scores – no other artist’s brushstrokes touch his canvas. As an accomplished jazz musician, Beal uses his improvisation skills to read the emotional tone of a scene and compose music on the spot. “This process allows me to set up a world where anything can happen, but you don’t see it coming.”

A four-time EMMY® winner, Beal’s approach is a favorite for more sophisticated works.  His TV credits include HBO’s ROME, CARNIVÀLE and the Netflix series HOUSE OF CARDS. His documentary work includes BLACKFISH, WEINER, THE QUEEN OF VERSAILLES, AN INCONVENIENT SEQUEL: TRUTH TO POWER, which premiered at Sundance and will be in theaters in July, Oliver Stone’s THE PUTIN INTERVIEWS, and BOSTON the recently released documentary about the history of the Boston Marathon.  Jeff’s upcoming film projects include SHOCK AND AWE (directed by Rob Reiner).

The first season of GYPSY is available on Netflix. Varèse Sarabande will release the GYPSY - Original Netflix Series Soundtrack digitally on July 28, 2017.