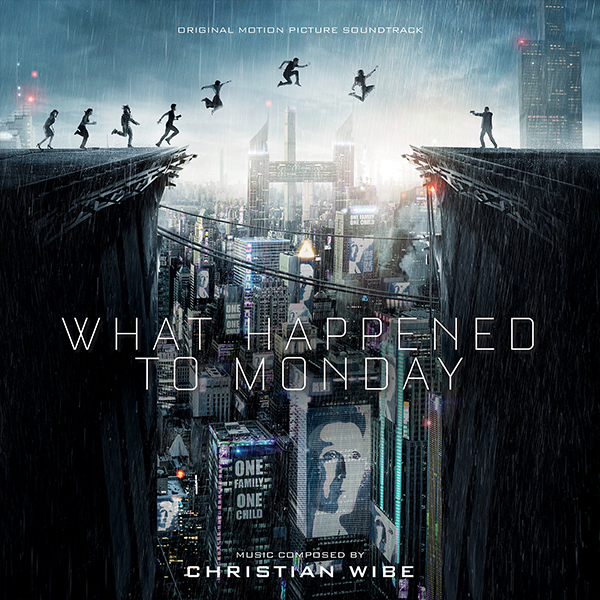 “What Happened to Monday is the story about seven siblings struggling to stay alive in an overpopulated world with little resources.  At its core it´s a film about family, desperation, survival and betrayal,” described Wibe.

In a not so distant future, where overpopulation and famine have forced governments to undertake a drastic "One Child Policy," seven identical sisters live a hide-and-seek existence pursued by the Child Allocation Bureau. The Bureau, directed by the fierce Nicolette Cayman (Glenn Close), enforces a strict family-planning agenda that the sisters outwit by taking turns assuming the identity of one person: Karen Settman (Noomi Rapace). Taught by their grandfather (Willem Dafoe) who raised and named them - Monday, Tuesday, Wednesday, Thursday, Friday, Saturday and Sunday - each can go outside once a week as their common identity, but are only free to be themselves in the prison of their own apartment. That is until, one day, Monday does not come home…

“While the story screamed for broad stroke emotions and the big classical orchestra, it´s also a story set in the future, and electronics was used to bring in the more futuristic colors,” Wibe explained.  “The score features a big 85-piece orchestra, 3 percussionists, prepared piano, guitars and a good load of classic synths.”

Wibe´s use of electronics makes for an interesting listen. The score is filled with ear candy and details, serving to enhance the story on screen.  “I wanted a big lush futuristic sound, while at the same time have it feel close, honest and intimate,” he said.  “The hybrid really opens up for a lot of possibilities in shaping the feel of the orchestra. It´s a nice blend. Careful use of electronics subtly shifts the sounds towards a more futuristic vibe. Shaping my palette of electronics to blend with the big strings was particularly enjoyable.”

Christian Wibe grew up in Oslo, Norway, and had trouble focusing from his youth simply because his mind was swimming with music. He picked up the guitar at 12, and leaned into the world of hard rock-inspired by artists ranging from Pantera to Michael Jackson. In 2002 he formed Animal Alpha. The cheeky hard rock band swept their home country (nominated multiple times for Norway's version of the Grammys), and toured internationally, and their successful sound landed Wibe at the doorstep of Dead Snow director (and now frequent collaborator) Tommy Wirkola.

Wibe heightened the bloodstained camp in Dead Snow and Dead Snow 2: Red vs. Dead by playing the crazy chaos-a platoon of Nazi zombies running rampant in the Alps-with a completely straight face.  From there he scored the crime comedy Tomme Tønner with grungy swagger, wrote a motivic, mysterious score for the comedic miniseries Hellfjord, and lent his diversity to Kill Bill parody Kill Buljo 2. He sympathetically underscored the breakaway web series hit Skam, which dealt with weighty issues in the context of a school drama.