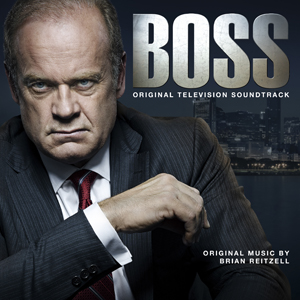 Lakeshore Records will release Boss – Original Television Soundtrack digitally on December 18th and in stores on January 29, 2013.  The soundtrack features original songs composed by Brian Reitzell featuring appearances by Nicolas Godin and Jean Benoit of AIR, Jim James of My Morning Jacket, Paul Buchanan of The Blue Nile, Jonathan Meiburg and Lucas Oswald of Shearwater, and Tim Rutili of Califone, with tracks by Robert Plant, Mark Hollis, and Wilco.

Boss stars Kelsey Grammer in his Golden Globe®- winning role as fictional Chicago Mayor Tom Kane, a man who holds sway over just about everything in Chicago – except his own life.   Estranged from his wife and daughter, he is left with no one to turn to when he learns he has a degenerative brain disorder.  It’s a secret that threatens to rip everything from him and in order to maintain his power, he governs as he always has – ruthlessly.

Lakeshore Records
http://www.lakeshore-records.com
Hosted by Unknown at 11:47 AM