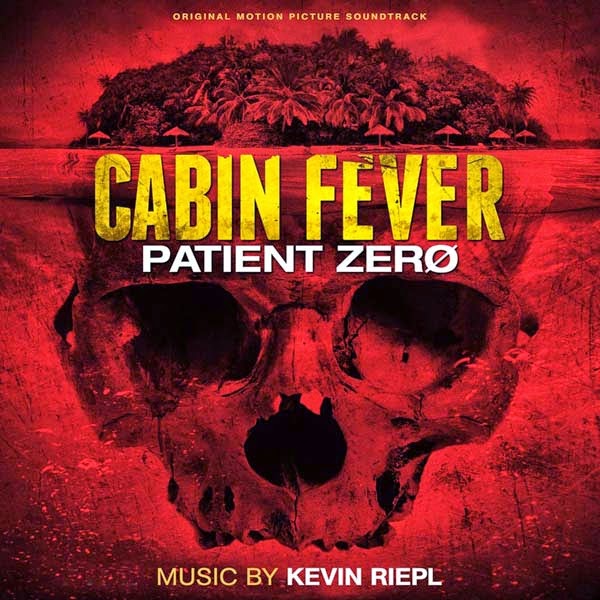 CABIN FEVER: PATIENT ZERO tells the story of a group of friends enjoying a bachelor weekend on a yacht in the Caribbean. As they run ashore to explore a remote island, they stumble upon an abandoned research facility, where a massacre from a deadly virus is unleashed. They must find a way to survive before the flesh eating disease consumes them all. Their answer - an uninfected survivor: "Patient Zero."

"For Cabin Fever Patient Zero, I wanted the music to have a blend of atmospheric electronics, rhythmic orchestral work and a host of very dry, very gritty organic instruments," explains Kevin Riepl. "These instruments, which are not played in any traditional manner, created the tension throughout the film. There's a lot of scraping, hitting, dynamic bowing, and on top of that are the dissonant plucking notes, performed on the banjolele and violin."

Catch up too with our interview with Kevin Riepl [CLICK HERE]
Jeremy [Retro]
Hosted by Jeremy [Retro] at 8:52 AM