Two Steps From Hell... Moves to the Next Logical Step... in Evolution! 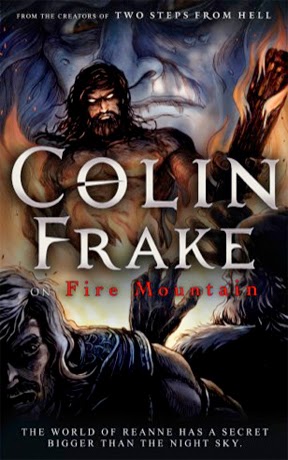 The world of Reanne has a secret bigger than the night sky. It lies buried deep under the town of Vigerock. It lives in the thoughts and dreams of the royals in Nightchurch. It is protected and observed by a mysterious woman named Shore. It is cultivated and revered by the witches of Fire Mountain. It is bestowed upon unsuspecting young men who live out their days as giants, shunned by the lowlanders. Some call it magic or witchcraft, but others know better. Reanne is a unique place in the universe—an outpost that holds clues to the origin of our existence. Colin Frake knows nothing of these things and spends his afternoons wandering Owlfoot Canyon. He is fifteen years old, a lowlander, who is about to be drawn into an adventure of epic proportions.

The top 3 cinematic winners, chosen by TSFH, will be featured in Epic Music Vn's 2-year celebration tribute video and awarded copies of the Colin Frake ebook and soundtrack, as well as signed cover artwork! The overall favorite will also receive a signed future public release album!

A wonderful world awaits and it's more than just a book!
Jeremy [Howlin' Wolf]

Email ThisBlogThis!Share to TwitterShare to FacebookShare to Pinterest
Labels: Two Steps From Hell