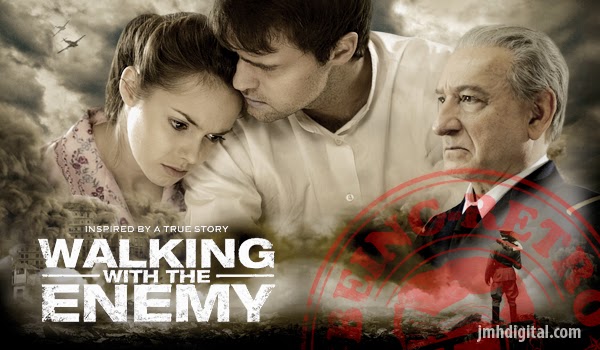 Lakeshore Records will release the WALKING WITH THE ENEMY – Original Motion Picture Soundtrack digitally on November 11, 2014 and on CD February 10, 2015. The album features original music by Timothy Williams (RED SKY, HISTORY OF FUTURE FOLK).
Timothy Williams is a multi-award winning composer and orchestrator for film, television, video games and theater.  His films have earned over 58 awards. Born in England and raised in Canada, Williams is a trained pianist.  He studied music at the Toronto Conservatory of Music and the Victoria Conservatory of Music.  Williams relocated to England to continue further studies at the National Film and Television School, and worked at the BBC as an on-staff orchestrator. 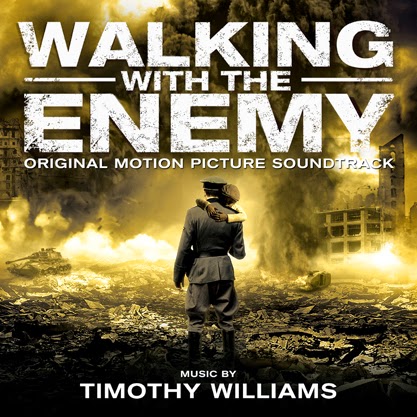 Inspired by a true story, WALKING WITH THE ENEMY is an unforgettable film of love, courage, and sacrifice. Set in Hungary during the final months of World War II, a young man sets out to find his displaced family by using a stolen Nazi uniform to pose as an officer. Filled with suspense and danger, he undertakes extraordinary measures to reroute his family and others to safety by disrupting the activities of the German occupiers.

“Because, the film is based on a true story of incredible heroism and daring amid the atrocities committed against the Jews in Hungary during WWII,” described Williams, “I wanted a score that tried to capture the pain and anguish of the time, as well as the bravery and hope of Elek Cohen (based on the true story of Pinchas Rosenbaum), who disguised himself as a German officer and Arrow Cross member to help thousands of Jews escape.”