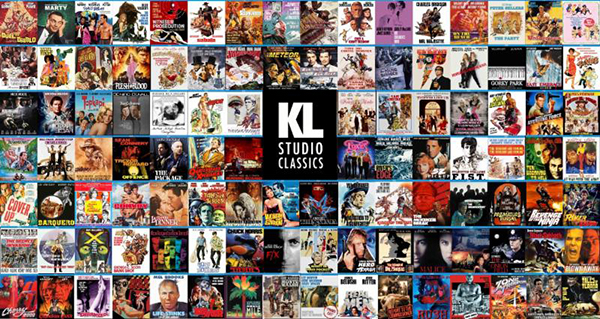 Kino Lorber Studio Classics celebrates its third year of releasing with the launch of a new dedicated consumer website for the label, KLStudioClassics.com.

Also beginning on Friday July 21st, Kino Lorber Studio Classics will run a special anniversary sale, with 400 titles all over 50% off, through Sunday August 6, 2017.

Launched in 2014 to showcase the best in Hollywood cinema, Kino Lorber Studio Classics has grown to comprise over 400 choice titles (650 different products) drawn from the libraries of MGM, Fox, Paramount, Disney, CBS, and other major studios. Key releases from the label include the Best Picture Oscar®-winner MARTY, a 4K restoration of the Ray Harryhausen sci-fi cult classic ONE MILLION YEARS B.C., the highly-acclaimed Coen Brothers film BARTON FINK, and the 50th anniversary edition of THE GOOD, THE BAD, AND THE UGLY, as well as films by such celebrated auteurs as Alfred Hitchcock, Frank Capra, William Friedkin, Robert Altman, Hal Ashby, Sidney Lumet, and many others.

The label is curated by Kino Lorber's master cinephile, Frank Tarzi, who began his career as head buyer for the legendary video boutique Kim's Video, and has been with Kino International and Kino Lorber for over 15 years.