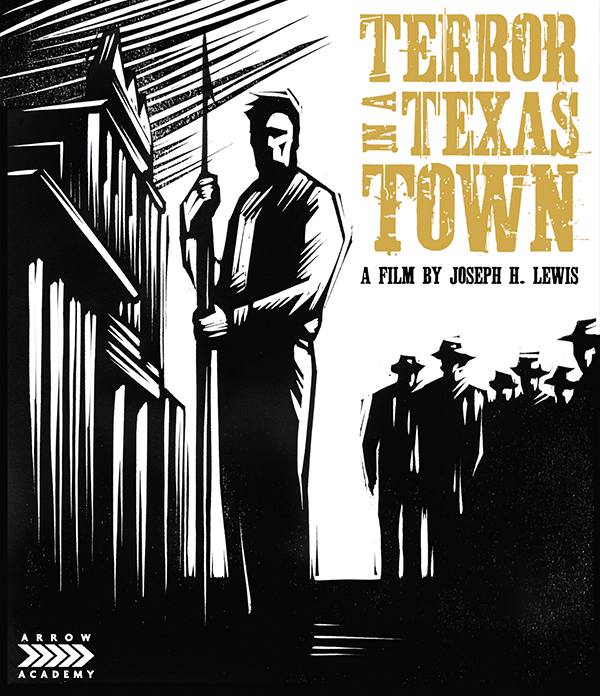 For his 41st and final feature film, Joseph H. Lewis was able to combine the two genres in which he had excelled. The man in the director's chair for My Name is Julia Ross, Gun Crazy and The Big Combo, Lewis was one of the all-time greats in film noir. But he was also a fine director of Westerns, having made A Lawless Street, 7th Cavalry and The Halliday Brand, all of which - especially the last - remain underrated. Terror in a Texas Town would bring his noir sensibilities to the American West, resulting in one of his finest works. McNeil (Sebastian Cabot, The Time Machine) is a greedy hotel owner who wants to take control of Prairie City, the Texas town of the title. Keen to drive the local farmers of their land, McNeil hires a gunman, Johnny Crale (Nedrick Young, who would pen the Oscar-winning screenplay for The Defiant Ones the same year), resulting in the death of a former whaler.


The dead man's son, George Hansen (Sterling Hayden, The Killing), arrives in town to inherit the farm and set the stage for revenge - armed with only his father's old harpoon... Terror in a Texas Town was written by Dalton Trumbo, one of the Hollywood Ten blacklisted by the film industry and forced to write under pseudonyms or to use 'fronts'. Two years before he helped break the blacklist with on-screen credits for Otto Preminger's Exodus and Stanley Kubrick's Spartacus, his work was credited to Ben Perry, but it demonstrates a psychological depth and political dimension that is undoubtedly that of Trumbo.
Bonus Materials