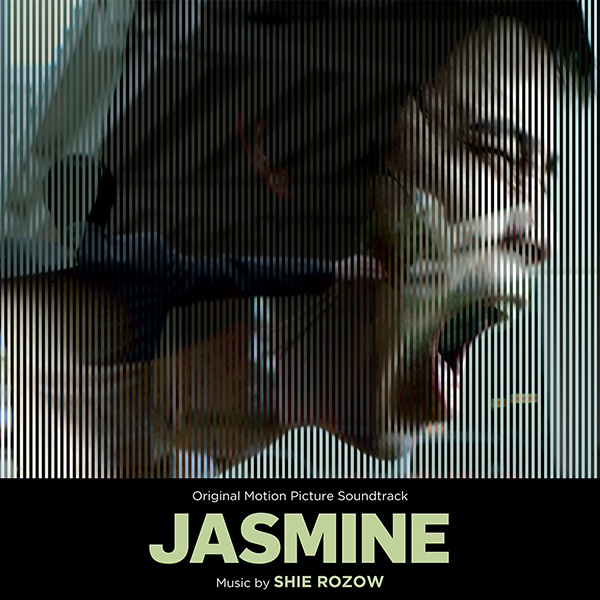 “This was my first time doing an all-electronic score, and in many ways the score also needed to double as sound design,” explained Rozow.  “I took various orchestral sounds and effects and processed them very heavily to turn them into something very electronic and quite different. And in order to really get the emotion I wanted, I felt I needed a bowed instrument. There’s something about how a bow pulls across a string to generate a sound in a way that no other instrument can. Since I wanted to stick to the electronic palette I used an electric cello that is also quite processed, and that’s featured throughout the score.”

A year after his wife's murder, once-successful Hong Kong businessman Leonard To (Jason Tobin, THE FAST AND THE FUTURE: TOKYO DRIFT) is still reeling from the tragedy. Having lost his job, friends and all sense of order in his life, Leonard becomes obsessed with a mysterious stranger (Byron Mann, THE BIG SHORT) he sees at his wife's grave, believing him to be responsible for her death.

“The film is called Jasmine, yet we never actually see Jasmine in the movie,” said Rozow. “We see a couple of photos of her, and her gravestone. But she died before the film even begins. So one of the tricks was to create a ‘Jasmine theme’ that would emotionally connect our main character, Leonard, with her.”  In addition to Jasmine’s theme and variations, “we also have Leonard’s motif, which is just a four note ascending line that sometimes plays as counterpoint to Jasmine’s theme. And we have the therapy theme, which comes back whenever we see Leonard in group therapy.”

Born in Israel, composer and music editor Shie Rozow has taken a different path than most leading him to work on major international blockbusters including AVENGERS: AGE OF ULTRON, HUSTLE & FLOW, and 2 FAST 2 FURIOUS. After completing Berklee’s four-year program in just five semesters (“being broke is a great incentive,” he explained), Shie graduated and moved to Los Angeles. His tenacity would earn him a job as Composer, Music Supervisor, and Music Editor at Alan Ett Music Group (now called The Music Collective). In the years he worked there, Shie was responsible for over 650 hours of television music for series including INTIMATE PORTRAIT, BIOGRAPHY, HYSTORY’S MYSTERIES, and MODERN MARVELS. He also wrote music for many of these shows as well as the in-house music library.

Shie left Alan Ett Music Group to go freelance. He later became music editor Richard Ford’s assistant, helping on such films as TRAINING DAY and ABOUT SCHMIDT, eventually becoming an in-demand music editor himself on films including CHARLIE AND THE CHOCOLATE FACTORY, THE KINGDOM, and THE DICTATOR. As a music editor, Shie has earned 15 Golden Reel Award nominations, including two wins (CHICAGO and IMAX: DEEP SEA). Though his career in music editing was taking off, Shie continued to write music, often adding additional music for movies or TV (including the hit series DESPERATE HOUSEWIVES), writing for music libraries, for documentary and feature film productions. His scoring credits include the direct to DVD film BALLISTICA, the documentary DEAR MR. PRESIDENT and the award-winning indie feature JASMINE.


Guided by his inner voice, Shie was inspired to write and record music this time for himself. The album, Musical Fantasy, was released by 4Tay Records on May 20, 2016 and includes Expedition for String Quartet, which received its debut performance by The Lyris Quartet at a concert for the Contemporary Performance Collective and its New York premiere by the Amernet Quartet.