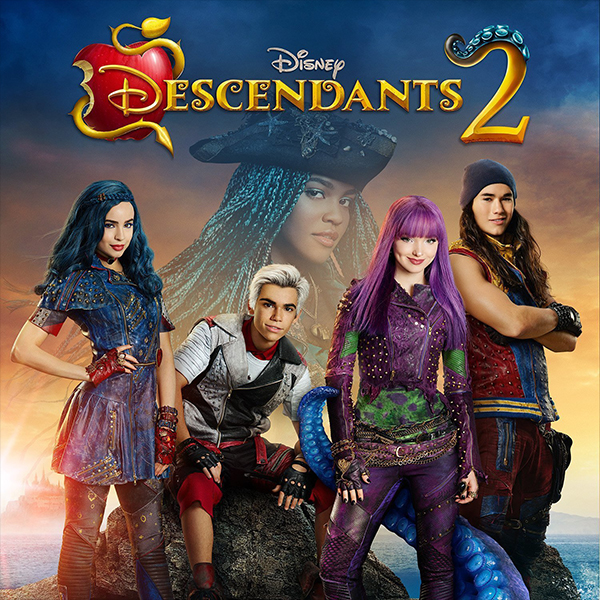 The high energy pop rock anthem, "Ways to Be Wicked" is performed by Cameron, Carson, Boyce and Stewart. The song is produced by Sam Hollander and Josh Edmondson who wrote the song with Grant Michaels and Charity Daw.

The commanding, feet stomping single "What's My Name," is performed by China Anne McClain as Uma (daughter of Ursula from "The Little Mermaid"), who is Mal's archenemy and leader of a motley crew of pirates. The pop/R&B song establishes Uma as the self-proclaimed queen of the Isle of the Lost. The track is produced by the songwriting/producing team Rock Mafia, Antonina Armato and Tim James, who wrote the lyrics with Tom Sturges and Adam Schmalhol.

The music videos for "What's My Name” and "Ways to Be Wicked" on DisneyMusicVevo have over 93 million combined views to date.

The "Descendants 2" soundtrack features six original songs, two covers of "Kiss the Girl" and "Poor Unfortunate Souls" from Disney's animated classic "The Little Mermaid," and three original songs from the animated short-form series "Descendants: Wicked World" including "Better Together," "Evil" and "Rather Be With You."