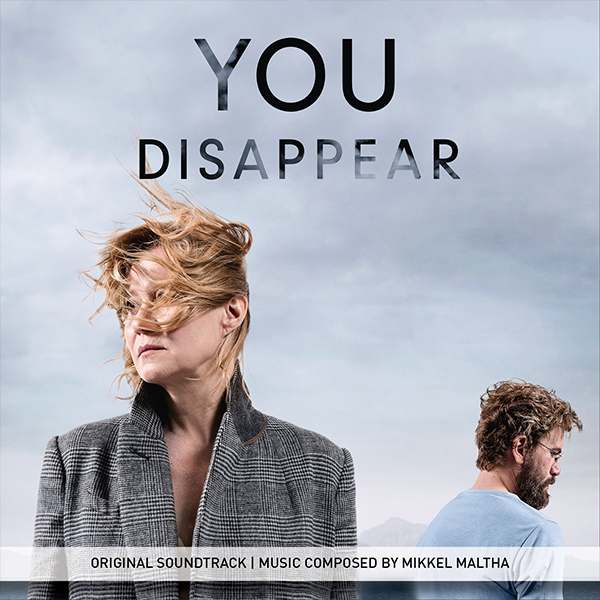 MovieScore Media once again teams up with Danish composer Mikkel Maltha (The Journey) with an intimate, piano-based score for the courtroom drama You Disappear (Du forsvinder). Written and directed by Peter Schønau Fog based on the novel by Christian Jungersen, You Disappear tells the story of Frederik Halling (Nikolaj Lie Kaas) who is accused of fraud, but his case may get derailed by the fact he has a tumor in his brain. The tumor is credited with changing Frederik’s behaviour, meaning he cannot account for his actions, but the further inquiry into his past reveals that these anti-social tendencies may not necessarily correlate with the mental condition. Frederik’s disenchanted wife who seeks solace with his lawyer does not help matters...

Composer Mikkel Maltha describes his approach to intimate portrayal of a mental condition through a deceptively simple piano-focused score. "The score's main theme came about in large as one single piano improvisation sitting in front of the big screen together with director Peter Schønau Fog and sound editor Eddie Simonsen. In order to maintain the director’s vision throughout the theme, Peter whispered out the emotional dynamics as we progressed. Some necessary post work was later added but the piano part remains as it was during that single session."

Mikkel Maltha is the music supervisor at Zentropa Music where he worked on such hit films as Lars von Trier’s recent classics (Antichrist, Melancholia) or the Department Q series (The Keeper of Lost Causes, The Absent One, A Conspiracy of Faith - all three released by MovieScore Media). As a composer, his music can be heard in Om natten, Christian E. Christiansen's short film which was nominated in the category of Best Live Action Short Film at the 2008 Academy Awards. His most recent score for the exhibition entitled The Journey (Rejsen) is also available from MovieScore Media.