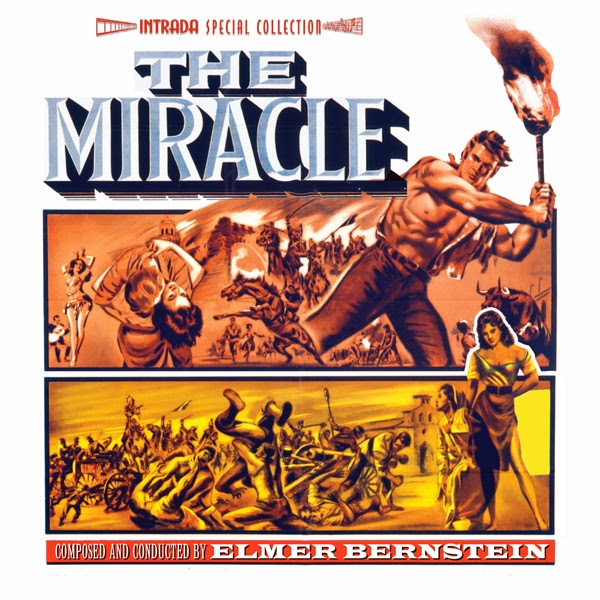 
The Miracle was one of the most ambitious and significant scores of Bernstein’s early career. The composer acknowledged its importance when, responding to numerous fan requests, he chose it as the first of his own scores to re-record for his pioneering Film Music Collection in 1974. That LP featured about 27 minutes of the score. But until now, the original tracks from Bernstein's score have never been available. In an article for his Film Music Notebook, Bernstein explained: “The score for The Miracle was composed in the late fifties and represents the conclusion of the lessons learned during my apprenticeship with C.B. DeMille on the religious spectacular. In fact, The Miracle represents the last score I did in this particular style as it is the last film I scored with a religious theme.”

The early 19th-century setting and the Spanish locale provided new opportunities for Bernstein. “The style of the music is somewhat reminiscent of The Ten Commandments,” he wrote. “The sound is ‘big’ in the old sense. The [musical] ‘mise-en-scène’ is romantic-symphonic. The score differs from The Ten Commandments in that The Miracle is considerably more romantic and the fact that the period is early 19th century provides a freedom of expression one does not enjoy in a biblical context.”  This will hit the listener right way, when the principal theme is introduced during the main title in a lush, romantic setting.

This premiere release of Bernstein’s score on this 2-CD set for The Miracle was mixed and mastered from monaural dubs of the orchestral and vocal tracks archived at Warner Bros. originally on ¼˝ tapes, transferred to 2˝ as part of a preservation project in the 1990s.

The Miracle started in the Middle Ages with a 13th-century Spanish legend: a nun leaves the convent to pursue earthly temptations while a statue of the Virgin Mary comes to life and takes her place until she— transformed into a sorrowful penitent—returns.

Just Announced!
Jeremy {HWR:OLM}
Hosted by Unknown at 12:00 AM