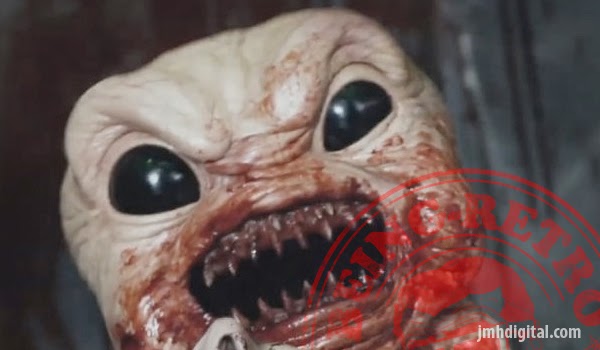 Screamworks Records releases Ted Masur’s acclaimed music for Bad Milo!, the quirky cult horror co-written and directed by Jacob Vaughan. The album is available on CD and digitally online from September 30, 2014.  The film, which had a theatrical release in the USA last year courtesy of Magnet Releasing, tells the story of Duncan (Ken Marino), an average man toiling at an average office job with no brighter prospects apart from his beautiful wife, Sarah (Gillian Jacobs). When Duncan starts to suffer from abdominal pains as a result of his stressful life, he gives birth to a tiny demon housed inside his colon. When his therapist suggests bonding with the creature, Duncan begins his unusual friendship with Milo, who soon enough deserves the “Bad” moniker…
Bad Milo! composer Ted Masur knew from a relatively early age that he wanted to work in the field of music. After studying the piano, the flute and singing in a choir, he got involved in film composition and has contributed music to over a dozen feature and short films in the last couple of years. Apart from Bad Milo!, his recent credits include The Best and the Brightest, a comedy about the fight for an elite private school education in New York City, starring Neil Patrick Harris. In television, Ted has contributed to the sound-scapes of shows like One Life to Live and Cold Case. He was also named as a "Composer to Watch" in the Best of 2013 issue of Film Music Magazine. 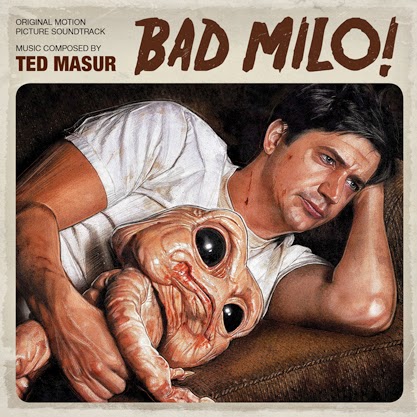 The score for Bad Milo! features not one, but two major themes for the title character: one broken, detuned lullaby for his sweet side and one devilishly malicious for Milo’s true colors - this latter motif explodes into choral madness for Milo’s kidnapping of Sarah. There’s a monotonous secondary theme based on a clock-motive, representing Duncan’s mundane life until his first “meeting“ with Milo. But every horror score has some warm moments and this is where Bad Milo! really excels: featuring a distant theme for Duncan’s father and one for his family, the score shows that even after the demon-filled madness of the plot, there’s still true love that can overcome any obstacle.
Score is an instant classic as it follows along a Elfman-esque path and is able to created it's own direction holding our attention. Scary in some places, loving heart in others... Milo would be proud. Nice job to composer Ted Masur!
Jeremy [Howlin' Wolf]
Hosted by Jeremy [Retro] at 9:36 AM