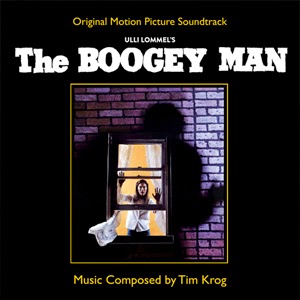 The Boogey Man [1980-2014]
Music by: Tim Krog
One of several horror films released at the height of the slasher movie craze of the late 1970s and early 1980s, The Boogey Man is an effective mash-up of supernatural cinema’s greatest hits that has developed a strong cult following. Director and co-writer Ulli Lommel was born into a show business family, and began his career as an actor in the German film industry in the 1960s. Striking up a relationship with the celebrated filmmaker Rainer Werner Fassbinder, Lommel went on to collaborate with him on over twenty projects.

Proud to announce for the first time on Cd and a great iconic score that is music composed and performed by Tim Krog. From our label, Howlin' Wolf Records... we bring you the score to 1980's cult classic "THE BOOGEY MAN"! 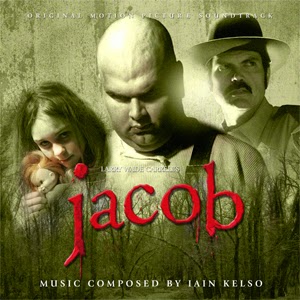 Jacob [2014]
Music by: Iain Kelso
The Kell household is far from what you would call an ideal family. Otis is the new head of the household and he makes sure that everyone abides to his rules – when his wife Edith makes a small mistake, Otis severely beats her for her misdemeanor. The violent attack is witnessed by Edith’s young daughter Sissy, who is so accustomed to these attacks that she tends to her mother’s wounds between tea parties. Her guest at these parties is her older brother Jacob, a dimwitted young man who is insanely protective of his sister. When one of Otis’ rage attacks is targeted against the girl, Jacob immediately kills him and lets the decades of regret and humiliation take over his mind. Add in a supernatural twist and with nothing to lose, Jacob turns his wrath against the town that let this tragedy happen.

You know we all have a special friend like Jacob, always looking out for you... well then you should always look over your shoulder. Howlin' Wolf Record releases it's 21st score to the disturbing film "JACOB" composed by Iain Kelso and it's dark piece. I like it, it's good to listen to as you make your way home in the deepest darkest woods.

For more information please click on the link just above, if you like to hear a sample of either just click on their titles..
Jeremy [Howlin' Wolf]
Hosted by Jeremy [Retro] at 11:30 PM

Hi Jeremy. Thanks for visiting my blog and commenting on INXS!

Jeremy-- you always have a keen nose for sniffing out some wonderful obscure films and soundtracks.