Daniel Radcliffe gets a little HORN'D up! 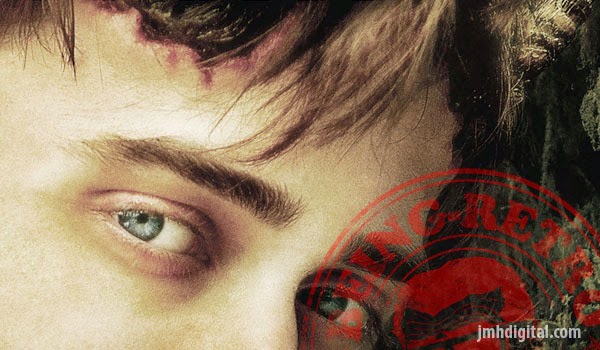 Lakeshore Records will release the HORNS – Original Motion Picture Soundtrack album digitally on October 28th and on CD November 11, 2014.  The album features songs by David Bowie, The Pixies, Eels and Marilyn Manson.  The label has previously released an album of the original score, composed by ROB.
Ig Perrish (Daniel Radcliffe) is accused for the violent rape and killing of his girlfriend, Merrin Williams (Juno Temple). After a hard night of drinking, Ig awakens, hungover, to find horns growing out of his head; they have the ability to drive people to confess sins and give in to selfish impulses. Ig decides to use this effective tool to discover the circumstances of his girlfriend's death and to seek revenge by finding the true murderer.


“Another character, perhaps even more important than the visual imagery is the music and sound of the film,” said the film’s director Alexandre Aja.   “It underscores the novel, as devil mythology is rich and pervasive in rock and roll history. It is not without coincidence that Ig’s family is a family of musicians, and that Terry is a trumpet player. (In fact the town name, Gideon is a reference to a trumpet playing angel in the Bible.)” 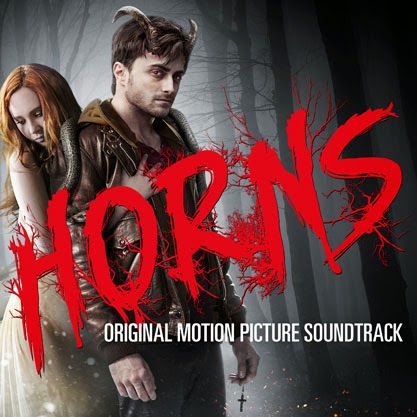 Aja continued, “Ig is a DJ and a black swan or outcast in a way that he cannot play an instrument but can only re-interpret, re-mix and connect us to a better past. As the independent music world has co-opted and assimilated the mainstream into its sound, we had to look to the classics, which are forever timeless. And who better to accentuate the literary romanticism and defiance of the fallen angel than David Bowie, Marilyn Manson and the Pixies?”

RADIUS-TWC presents HORNS, in theaters on October 31, 2014.  The HORNS – Original Motion Picture Soundtrack album will be available digitally on October 28 and on CD November 11, 2014.

I am looking forward to this film, I am seeing a little gone girl in this... but on a whole different scale of fantasy!
Jeremy [Howlin' Wolf]
Hosted by Jeremy [Retro] at 7:34 AM