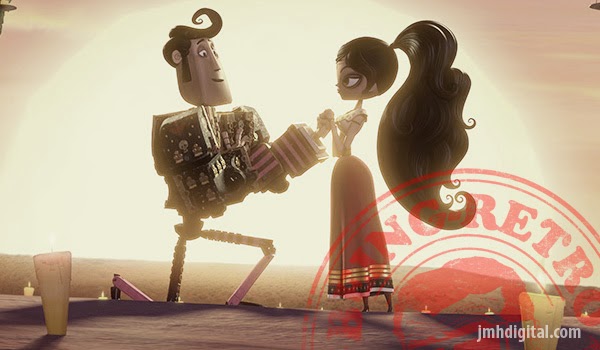 Sony Classical is pleased to announce the release of the original motion picture soundtrack of THE BOOK OF LIFE. The film has a distinctive Latin American blend of comedy, romance, fantasy and adventure – a combination that the music perfectly captures. The soundtrack is a mix of feel-good, catchy and touching songs, all of them newly recorded for this movie.


The happy atmosphere of many tracks strongly features the guitar and a Mexican beat. Mexican duo Jesse & Joy get it off to a rousing start with a new song, “Live Life”. The third track, “No Matter Where You Are” by Us the Duo, and “Mas” by Kinky are also full of fun and infectious rhythms. The abundant laughter in the movie comes across when the American comedian Gabriel Iglesias sings “Do Ya Think I'm Sexy”, Rod Stewart’s hit of 1978.

Between fast-paced, lively songs there are some quieter, emotional numbers. “I Love You Too Much” and “The Apology Song” were especially written for the film by Gustavo Santaolalla and Paul Williams. Santaolalla has won two Academy Awards for Best Original Score, for his work on Babel and Brokeback Mountain. He composed music for the highly acclaimed movie August: Osage County, which was released by Sony Music Masterworks at the end of 2013. On the soundtrack of The Book of Life “The Apology Song” is sung enthusiastically by La Santa Cecilia, then reprised in a more soulful manner by Diego Luna, the Mexican actor who is the voice of the lead character Manolo in the film. Luna’s tender vocals also feature in “I Love You Too Much”. Both of these original new songs for THE BOOK OF LIFE come again at the end of the soundtrack in Spanish versions, recorded by Diego Luna. 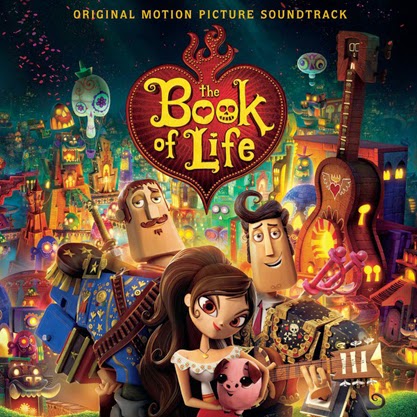 The soundtrack also includes all-time favorites that every listener will recognize. The well-known Mexican melody “Cielito Lindo” also showcases the voice of the great tenor Plácido Domingo. The evergreen “Can't Help Falling In Love With You”, sung here by Diego Luna, was first performed by Elvis Presley in 1961 for the movie Blue Hawaii.

In its good humor and emotional appeal, this mix of new songs and old favorites, happy music and sentimental reflection, perfectly complements the changing moods of THE BOOK OF LIFE. The soundtrack will be released by Sony Music digitally on September 29, 2014 and on CD on October 27, 2014.

THE BOOK OF LIFE tells the legend of Manolo, a conflicted hero and dreamer who sets off on an epic quest through magical, mythical and wondrous worlds in order to reunite with his one true love and defend his village. For more information, please visit www.bookoflifemovie.com.
THE BOOK OF LIFE will be in cinemas nationwide on October 17, 2014.
Hosted by Jeremy [Retro] at 8:01 AM