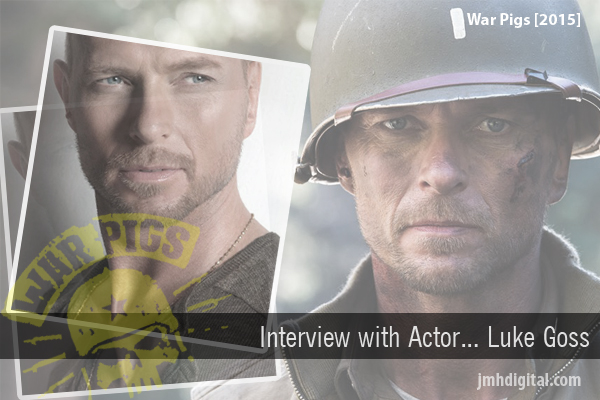 Jeremy [The Wolf]: How did you become involved in "WAR PIGS", what are some of the cool things you have taken away from working with actors like Dolph Ludgren, Mickey Rourke, Chuck Liddell and others?

LUKE GOSS: They offered me the role, and I wanted to play a part in a war movie. As far as doing it alongside Mickey and Dolph, it was nice having the support system on many levels. Plus, I finally got to work with Mickey, I’ve known him for over 15 years. I’ve also been a fan of Dolph’s work, so to become a friend with him was pretty cool. 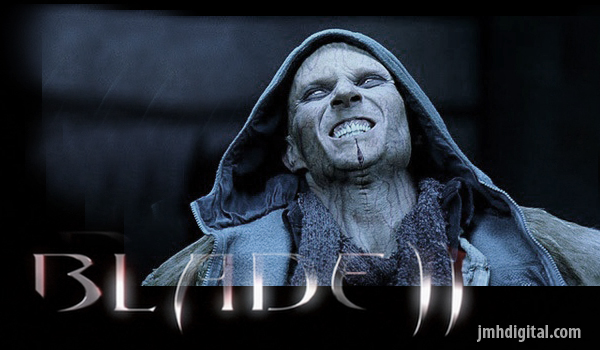 Jeremy [The Wolf]: Being in some very large scale films like "HELLBOY II: THE GOLDEN ARMY" and "BLADE II", do you feel as an actor you get a little more say in the characters you play on a smaller production? Do you feel you can connect better with the director, crew and cast or is it structurally the same?

LUKE GOSS: I think it’s the same. I think directors become aware of your work and they know why they want to have you in the film. The only difference on the larger films is that there’s more of a commitment. Even though the director’s committing, there’s a lot more opinions from executives, etc. and it’s a very analyzed affair. I’m a big fan of the independent process, but I’m more of a fan of the studio system because you know the world will see it. With an independent movie, you’re kind of living in a place where you hope the world will see it.

Jeremy [The Wolf]: One of my favorite films of your work has been "INTERVIEW WITH A HITMAN" how did you find yourself preparing for this roll and out of your collective works... what do you find to be that stand out roll?

LUKE GOSS: The role that stands out the most is Hellboy II and Blade II because they were both #1 movies globally. Interview With A Hitman was a wonderful challenge for me, creating a character that at some points was quite heinous, and trying to find how I was going to get the audience to like that character was challenge. But he was a product of the environment, so he was simply trying to not become food. He lived in a rough world of eat or be eaten, so he trying to not be eaten. He has a great deal of pain, so I was working to play him as a man, not a monster.

The director wanted him played as stoic, but I noted that he has to be human enough for people to understand. He was a very complicated character to make but I loved playing him. I also want to give a shout out to director Perry Bhandal – he is going to be huge. I’m actually producing and acting new his new project called The Winter Man. 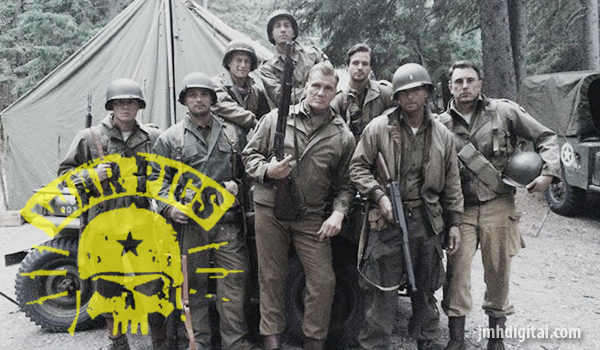 Jeremy [The Wolf]: When you get to be in films like "WAR PIGS" and it's mostly on location compared to green/blue screen work, which do you prefer? Assuming that location a better sense of character development, you don't have to deal with the elements like bugs, heat, rain, etc.

LUKE GOSS: Practical is leaps and bounds ahead of the green screen process for me. Whether it be cold or rain or bugs, if it’s in the story those are all things you can use. Even the discomfort, it’s crucial to me to feel I’m attached to what I’m doing. Green screen is more a theatrical than a method mindset and I’m more a method. A method scene can feel like a memory versus green screen when you’re trying to simulate something, so I prefer the practical process. 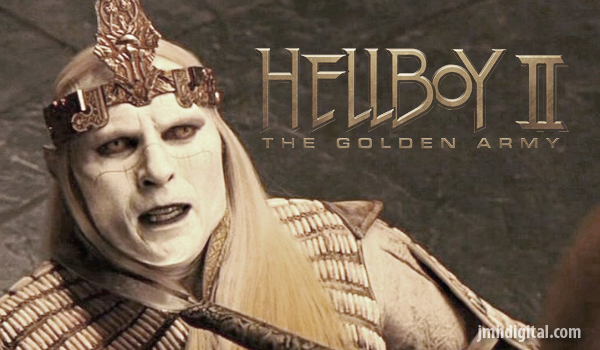 Jeremy [The Wolf]: We being truly fans of your work, what has been the biggest joy when meeting fans and if you weren't an actor what might you think you might be doing?

LUKE GOSS: To me, meeting the fans who are enjoying the work is frankly the only reason to do it. With theater, you see their reaction daily. With film, if you’re lucky enough to bump into a bona fide fan, it’s so great because they will explain why they love this or that and why. It’s a genuine honor to get feedback from someone who has taken the time to sit and watch your work. It’s really a very communal exchange and it feels equally pleasant as well from my side.
Some cool people get to visit us here and today is no different, here is top notch action star Luke Goss... I know cool right. I wanted to thank him for stopping in telling us more about upcoming film "WAR PIGS"... thank you, thank you!
Jeremy [The Wolf]
Hosted by Jeremy [Retro] at 11:25 PM