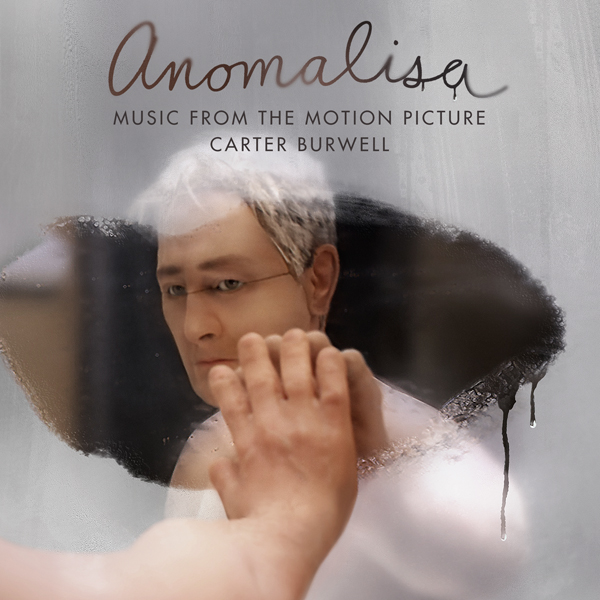 Lakeshore Records will release the ANOMALISA – Original Motion Picture Soundtrack digitally on January 1, 2016 and on CD in early 2016. The album features the film’s original score by Carter Burwell (CAROL, MR. HOLMES) and the original songs “None of them Are You” (lyrics by Charlie Kaufman) and “Goddess of Heaven”.

The creation of ANOMALISA began in 2005 as a concert work for text and music, developed by Burwell, titled Theater of the New Ear. The concept was that the actors and musicians would all sit on stage, scripts and scores on music stands, without sets or costumes; an entirely auditory experience.  Charlie Kaufman wrote ANOMALISA under the pen name Francis Fregoli, and directed the actors Tom Noonan, David Thewlis and Jennifer Jason Leigh, while music was performed by the 8-member Parabola Ensemble, conducted by Burwell.  The stage script of this morphed into what would become the film.

Regarding the film, Burwell says, “The characters are puppets, living joyless lives of little freedom, but as they open their hearts to each other, and to the audience, the music invites the audience to open their hearts to them.  Parts of the film will make viewers uncomfortable, parts will make them laugh, but the music insists on the sincerity and value of the characters, and in its refusal to judge them it dissuades the audience from doing so as well.”

Carter Burwell has composed the music for more than 80 feature films, including BLOOD SIMPLE, RAISING ARIZONA, MILLER'S CROSSING, BARTON FINK, THE HUDSUCKER PROXY, ROB ROY, FARGO, THE SPANISH PRISONER, GODS AND MONSTERS, VELVET GOLDMINE, THE GENERAL’S DAUGHTER, THREE KINGS, BEING JOHN MALKOVICH, O BROTHER, WHERE ART THOU? (BAFTA Nominee for Film Music), BEFORE NIGHT FALLS, A KNIGHT’S TALE, THE ROOKIE, ADAPTATION, INTOLERABLE CRUELTY, THE LADYKILLERS, NO COUNTRY FOR OLD MEN, IN BRUGES, BURN AFTER READING, TWILIGHT, WHERE THE WILD THINGS ARE (Golden Globe Nominee for Best Original Score), A SERIOUS MAN, THE BLIND SIDE, THE KIDS ARE ALL RIGHT, TRUE GRIT, TWILIGHT: BREAKING DAWN – PART 1 & 2, and THE FIFTH ESTATE. 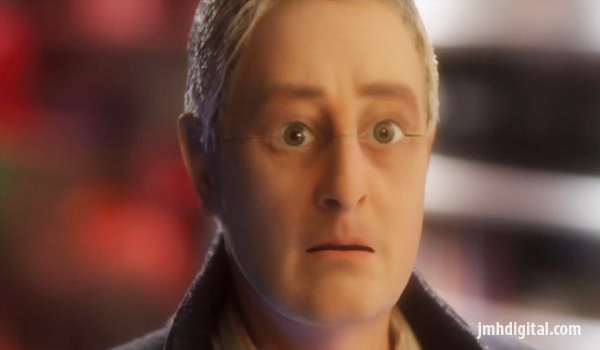 Burwell most recently wrote the music for the mystery drama MR. HOLMES starring Ian McKellen directed by Bill Condon, and the true crime thriller LEGEND directed by Brian Helgeland. He recently earned a Golden Globe nomination for CAROL, his third collaboration with Todd Haynes having previously worked together on VELVET GOLDMINE and HBO’s mini-series MILDRED PIERCE.

Michael Stone, husband, father and respected author of "How May I Help You Help Them?" is a man crippled by the mundanity of his life. On a business trip to Cincinnati, where he's scheduled to speak at a convention of customer service professionals, he checks into the Fregoli Hotel. There, he is amazed to discover a possible escape from his desperation in the form of an unassuming Akron baked goods sales rep, Lisa, who may or may not be the love of his life. A beautifully tender and absurdly humorous dreamscape, from the brilliant minds of Charlie Kaufman (SYNECDOCHE, NEW YORK) and Duke Johnson ("Community" episode, Abed's Uncontrollable Christmas), this stop-motion animation wonder features the vocal cast of Jennifer Jason Leigh, Tom Noonan and David Thewlis and a stirring strings-based score by Carter Burwell.  The darkly comedic and surreal stop-motion journey of a man's long night of the soul, ANOMALISA confirms Charlie Kaufman's place amongst the most important of American filmmakers, and announces Duke Johnson as a major creative force.
“The music in ANOMALISA balances two somewhat contradictory roles.  On the one hand, everything about it is slightly out of kilter – the instrumentation, the harmonies, the rhythms.  On the other hand, it is humble, ingratiating, even kitschy in its effort to draw you into the lives of Michael and Lisa, the protagonists,” said Burwell. 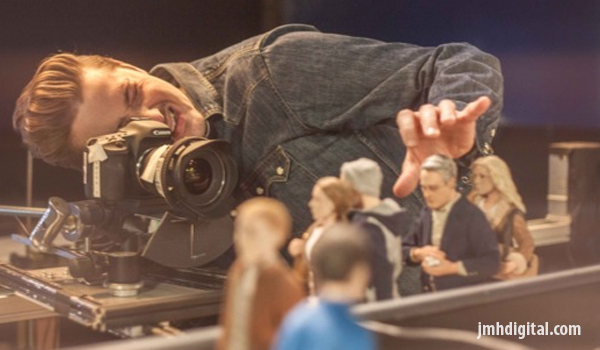 “For the soundtrack album I included some dialogue and sound effects from the film,” Burwell explained. “All film soundtracks invite the listener to recall feelings from the film.  In this case I think the listener ends up doing a bit more work. They’re not only recalling their film experience, but creating the characters, the space, and the situations for themselves.  They hear what is said, while contemplating what is un-said.  It is, hopefully, not just a recollection of the film but a whole new experience unto itself.”

Paramount Pictures presents ANOMALISA in select theaters December 30, 2015 and everywhere in January. Lakeshore Records will release the ANOMALISA – Original Motion Picture Soundtrack digitally on January 1, 2016 and on CD in early 2016.

Lakeshore Records | http://www.lakeshore-records.com
Some of the last scores of 2015, they do not slack.. at all!
Jeremy [The Wolf]
Hosted by Jeremy [Retro] at 9:29 AM