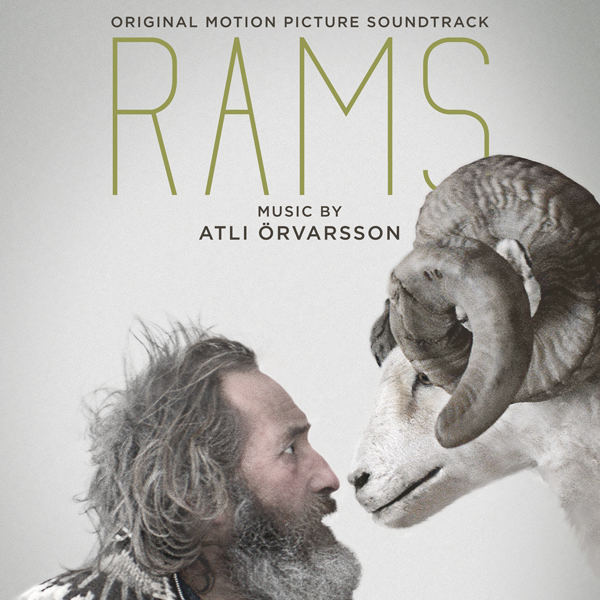 Lakeshore Records will release the RAMS – Original Motion Picture Soundtrack digitally on December 11, 2015 and on CD in early 2016. The album features original music composed by Iceland native Atli Örvarsson (HANSEL AND GRETEL: WITCH HUNTERS, CHICAGO FIRE).  The film was directed by Grimur Hakonarson and will be released in theaters in the US February 2016 by Cohen Media Group.

“Rams was filmed in a valley in Iceland called Bárðardalur, which is where my mother’s family is from,” said Atli. “In fact, she was actually born in the farmhouse which was used as one of the brothers’ homes in the film.  Moreover, my great grandfather was the organ player at the local church in the valley.”

This personal connection to the setting of the film led Atli to take a trip home for inspiration.  “A few days before filming started, I happened to be in the area and decided to go to the church to record a theme I was working on,” Atli described.  “I was thinking that the theme would work well on the church’s organ there, but decided to bring my father’s accordion along as he had passed away 4 months earlier.  When I got there, I quickly realized that the theme was not quite right so I wrote and recorded a new one on the spot, first on my father’s accordion and then overdubbed on the very organ my grandfather played all those years before.”

In a secluded valley in Iceland, Gummi and Kiddi live side by side, tending to their sheep. Their ancestral sheep-stock is considered one of the country’s best, and the two brothers are repeatedly awarded for their prized rams who carry an ancient lineage. Although they share the land and a way of life, Gummi and Kiddi have not spoken to each other in four decades. When a lethal disease suddenly infects Kiddi’s sheep, the entire valley comes under threat. The authorities decide to cull all the animals in the area to contain the outbreak. This is a near death sentence for the farmers, whose sheep are their main source of income, and many abandon their land. But Gummi and Kiddi don’t give up so easily – and each brother tries to stave off the disaster in his own fashion: Kiddi by using his rifle and Gummi by using his wits. As the authorities close in the brothers will need to come together to save the special breed passed down for generations, and themselves, from extinction.

“The two brothers' lives, as depicted in the film, aren't that different from the way people there have lived for centuries,” Atli explained. “I wanted to use the instruments that people there have had at least for the last 100-200 years.  The instrumentation is mainly the church organ from Lundarbrekka church in the valley, along with my father's Borsini accordion.  There is also violin and an old Norse instrument called Taglharpa which is a string instruments made from the hair of a horse's tail.”

RAMS will be in theaters in the UK and US in February 2016, following screenings at the Sundance Film Festival in January.  The RAMS – Original Motion Picture Soundtrack digitally on December 11, 2015 and on CD in early 2016.