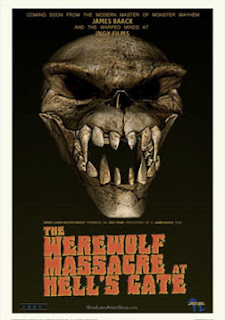 Werewolf Massacre at Hell's Gate: Centuries ago, in the doom-haunted village of Skinner's Grove, a young girl is falsely accused of witchcraft. Before being burned at the stake, she lays a curse in the Grove and it's inhabitants, a curse that will last for generations to come.

NOW... A paranormal investigator, checking the Grove for clues to an end-of-times prophecy, uncovers a nest of vicious werewolves - the hell-spawn of the ancient witch's craft.

Enter the local armed-to-the-teeth militia, sworn to obliterate the Lycanthropic population, and an innocent married couple whose car has broken down nearby, and the stage set for the... Werewolf Massacre at Hell's Gate. 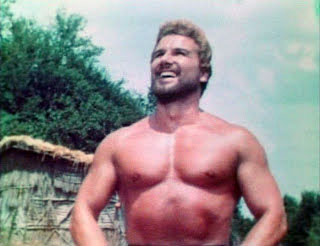 Hercules & the Masked Rider: When the dashing soldier Don Juan (Mimmo Palmara) returns home from the war, he is attacked by a group of rebels led by Hercules (Sergio Ciani). Don Juan wins the rebels' respect by standing up to the legendary strongman in a knife fight, then enlists their help in saving his countrymen (and the woman he loves) from the corrupt Don Romero. 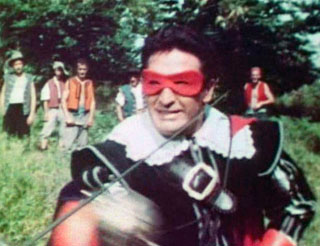 Dorado Films. The Amazing Doctor G: The evil Goldginger (Fernando Rey - The French Connection) is planning to take over the world by brainwashing importanat leaders from around the world and start a war between the USA and the USSR. Photographers Franco and Ciccio get involved in his plans by accident, and are kidnapped by Goldginger. They are rescued by the English secret service and are then made special agents, so that they can infiltrate into Goldginger's organization and ruin his mad plans. 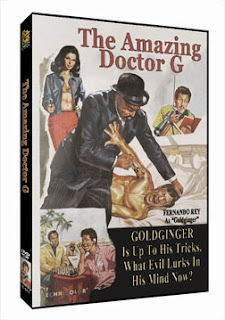 AKA - Two Mafia Men Against Goldginger & Due Mafiosi Contro Goldginger
Goldginer is up to his tricks. What evil lurks in his mind now?

When someone wants the best in sometimes the worst... I will always, always recommend CHEEZY FLICKS!