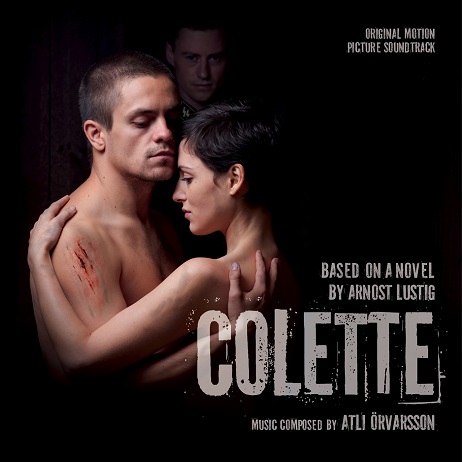 
MovieScore Media/Kronos Records will release Atli Örvarsson’s powerful score for Colette, Milan Cieslar’s film adaptation of the novella A Girl from Antwerp by Pulitzer Prize nominated writer Arnošt Lustig. The film tells the story of an unlikely love affair that blossoms between Willie and a Belgian Jewess named Colette. The torrid romance is overshadowed by the Nazi occupation even though it’s very likely that the star-crossed lovers would have never met had it not been for World War II. Colette opens theatrically in the Czech Republic on September 12, 2013, and is expected to get international distribution later in the year.

The music for Colette was written by Hollywood composer Atli Örvarsson whose other current films include The Mortal Instruments: City of Bones (2013), based on the bestselling books by Cassandra Clare, and Hansel & Gretel: Witch Hunters (2013). The Icelandic-born musician began his film scoring career at Hans Zimmer's Remote Control Studios by contributing to the soundtracks of blockbusters like Pirates of the Caribbean: At World’s End (2006) and The Simpsons Movie (2008); his more recent scoring credits include The Eagle (2011), Evidence (2013) and A Single Shot (2013; available from MSM/Kronos).

Just Announced!
-Jeremy [Retro]
Hosted by Unknown at 6:32 AM