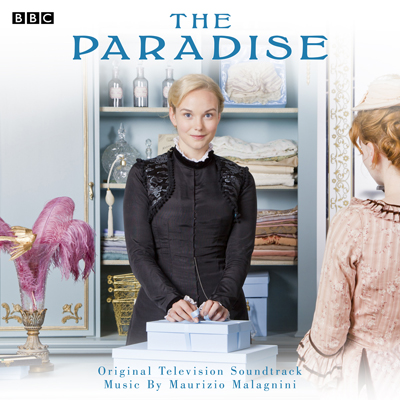 
Maurizio Malagnini’s elegant soundtrack to BBC TV’s Emile Zola drama adaptation. Performed by the BBC Concert Orchestra. Set in the first department store in the 19th century North East of England The Paradise follows the stories of the life and loves of the staff and their customers. The Paradise was the most watched autumn TV drama last year and the series has been re-commissioned for a second series to appear on TV screens later this year.

Italian born Maurizio Malagnini graduated from The Royal College Of Music in 2008 and was acclaimed as a "prodigious talent". Previous work includes BBC productions Muddle Earth and The Body Farm and his symphonic suite Running In The Clouds was broadcast on BBC Radio 3.