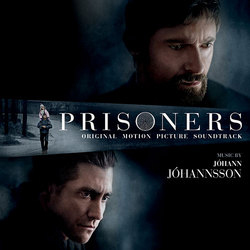 
“Icelandic composer and keyboardist Jóhann Jóhannsson’s most significant works have been film scores, a context well suited to his artful blend of contemporary classical, electronica, and indie pop” – The New Yorker

(September 13, 2013 – Los Angeles, CA) – WaterTower Music announced today the September 17 release of the soundtrack to the Alcon Entertainment thriller “Prisoners,” a Warner Bros. Pictures’ release starring Oscar® nominees Hugh Jackman (“Les Misérables”) and Jake Gyllenhaal (“Brokeback Mountain”), and directed by Denis Villeneuve (the Oscar®-nominated “Incendies”). The film was scored by acclaimed Icelandic composer Jóhann Jóhannsson. The album will be available at all digital retailers, and a CD will be made available through Amazon.com.  The soundtrack will also be released on vinyl via Jóhannsson’s own NTOV Records label this October.

Jóhannsson and Villeneuve decided to try something radical for the soundtrack. “Denis wanted the music to be a poetic voice that worked in counterpoint to the action of the film,” Jóhannsson says. “Even though the film is a thriller, the music is lyrical and beautiful, in stark contrast to the intensity that the film depicts.” Jóhannsson composed the score watching an early cut of the film, reacting to the images on screen.

Just Announced!
-Jeremy [Retro]
Hosted by Unknown at 12:30 AM