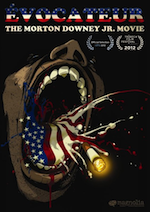 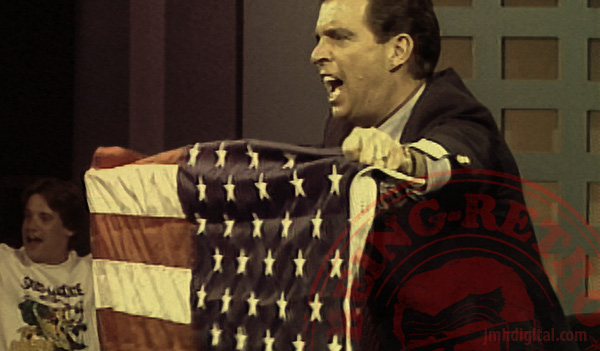 Before entire networks were built on populist personalities; before reality morphed into a TV genre; the masses fixated on a single, sociopathic star: controversial talk-show host Morton Downey, Jr. In the late ‘80s, Downey tore apart the traditional talk format by turning debate of current issues into a gladiator pit. His blow-smoke-in-your-face style drew a rabid cult following, but also the title “Father of Trash Television.” ÉVOCATEUR: THE MORTON DOWNEY JR. MOVIE dissects the mind and motivation of television’s most notorious agitator.

I remember watching this not knowing what I was watching, it was scary, fun, smart, racist, radical, unsure and loud... very loud. Now I am only talking about the show, this film is a look into the voice of trash, it was a great flashback. I would recommend if you are a fan of the man, myth and the show, if you are easily offended... then you please do watch.
-Jeremy [Retro]

I totally remember that guy! He was the first and best at shock talk shows.