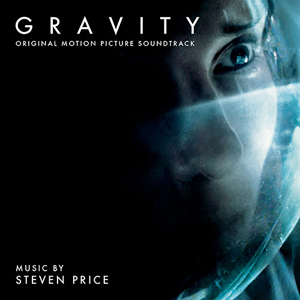 (September 16, 2013 – Los Angeles, CA) – WaterTower Music is proud to announce the release of the GRAVITY – Original Motion Picture Soundtrack, digitally on September 17th and on CD on October 1, 2013.  GRAVITY features original music by Steven Price (THE WORLD’S END, ATTACK THE BLOCK).  The film has earned rave reviews at film festivals and screenings in advance of its October 4th release.

To accomplish the creation of music in the vacuum of space, Price needed to bridge music with sound in untraditional ways.  “From my earliest meetings with Alfonso [Cuarón, director] it was clear the score in GRAVITY would play a crucial and expanded role,” said Price.  “With no sound in space, the music was integral to underscore the emotional journey.  The music is occasionally abstract, often melodic, but always very intricate, complex and textural.  Alfonso and I wanted the score to blur the line between electronic and organic sounds, and there was a lot of experimentation involved in finding the harmonic and sonic language that felt emotionally right and tonally gelled with the amazing visuals.”

Towing that line came naturally for composer Steven Price.  He is a composer and musician who previously worked as an award-winning music editor. He has written additional music for films, including PIRATE RADIO and SCOTT PILGRIM VS. THE WORLD, collaborating with Radiohead producer Nigel Godrich. Price has also written music for several productions on major UK television networks as well as advertising campaigns in both the UK and the U.S.  His accolades include awards for his original ATTACK THE BLOCK score. His score for THE WORLD’S END was released earlier in 2013. 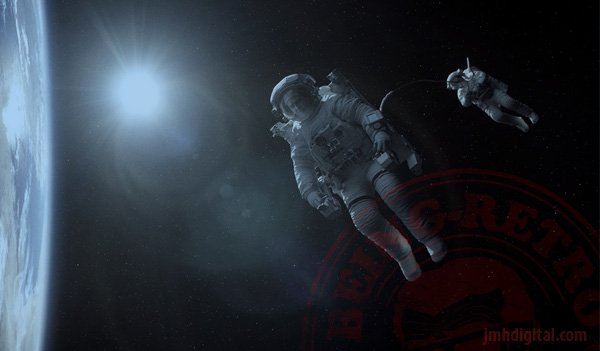 For GRAVITY, Price continues, “Alfonso was always very determined that the soundtrack be immersive.  As you sit in the theatre, the score literally moves around you.  Elements come and go, pulsate and transform, and reflect the journey onscreen in a way that will hopefully add to the total cinematic experience of the film.”

Academy Award® winners Sandra Bullock (THE BLIND SIDE) and George Clooney (SYRIANA) star in GRAVITY, a heart-pounding thriller that pulls you into the infinite and unforgiving realm of deep space.  The film was directed by Oscar® nominee Alfonso Cuarón (CHILDREN OF MEN).

Dr. Ryan Stone (Bullock) is a brilliant medical engineer on her first shuttle mission, with veteran astronaut Matt Kowalski (Clooney) in command.  But on a seemingly routine spacewalk, disaster strikes.  The shuttle is destroyed, leaving Stone and Kowalski completely alone—tethered to nothing but each other and spiraling out into the blackness. The deafening silence tells them they have lost any link to Earth…and any chance for rescue.  As fear turns to panic, every gulp of air eats away at what little oxygen is left.  But the only way home may be to go further out into the terrifying expanse of space.

The GRAVITY – Original Motion Picture Soundtrack, from WaterTower Music, will be available digitally on September 17th and on CD October 1, 2013.

Now I'm really looking forward to this movie. I never thought about the challenge of composing music soundless space. Interesting!