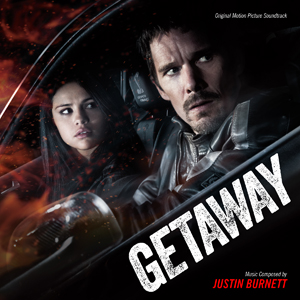 Getaway is the gritty, heart-pounding action thriller in which former race car driver Brent Magna (Ethan Hawke) is pitted against the clock. Desperately trying to save the life of his kidnapped wife, Brent commandeers a custom Shelby Cobra Mustang, taking it and its unwitting owner (Selena Gomez) on a high-speed race against time, at the command of the mysterious villain holding his wife hostage. 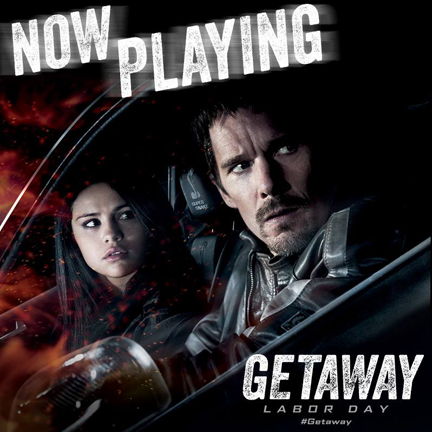 Joy I have is that I only get to talk about the score and the score to me will be the only redeeming thing we will take away from this project. I have heard that the critics were not to favorable to the film, but the score is a great paced moving you from place to place.
-Jeremy [Retro]
Hosted by Unknown at 12:30 AM