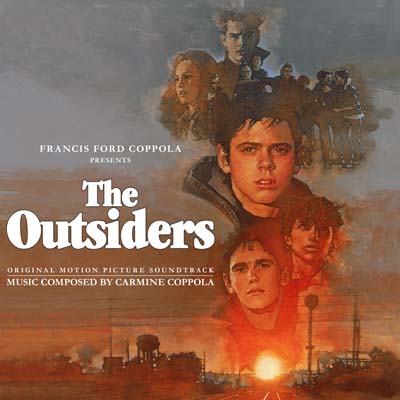 The score to the film was written by Francis Coppola's father Carmine who contributed music for all three Godfather films, and sharing an Academy Award for Part II with Nino Rota. This 30th anniversary re-mastered edition is the most complete version of the soundtrack and contains much unreleased music from the film, most notably Stevie Wonder's tender and beguiling ballad “Stay Gold.” The poster inlay contains an extensive essay on the music to the film based on interviews with those involved including Francis Ford Coppola.

This is one of those first films I got to see in my life and I get to relive the magic from book to film to score/soundtrack and if you are a fan...
-Jeremy [Retro]
Hosted by Unknown at 12:00 AM