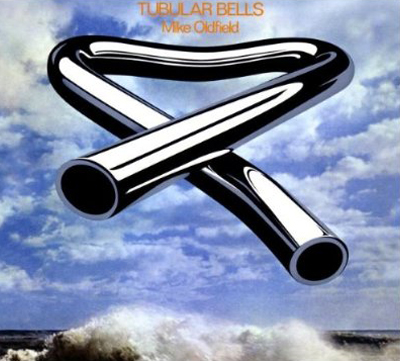 TOTALLY TUBULAR
Remembering Mike Oldfield’s Theme to The Exorcist
by KC Redding-Gonzalez
THE HORROR
Usually I stick to fiction. But for some reason I considered The Exorcist on my way to another book title, and I realized that the most significant thing about that movie (besides the terror of religious possibilities) and the book (the cover and the inability to read it at one sitting so you could distract yourself before going to bed and having the subsequent nightmares) was the music. It is the one movie soundtrack outside of Star Wars that can be summoned to mind in its entirety without the slightest hesitation. Surely, I thought, that must count for something. So for Old Time’s sake I went looking on You-Tube for a retrospective experience. And I discovered Tubular Bells, The Album. 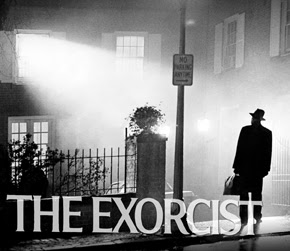 What you missed if you stuck to the radio version was really unexpected, even at this late discovery date. Arguably for some the music was better than the movie, but that might have been for those who couldn’t bear to open their eyes. (And then they had to go and say it was “based on fact….” Shivers! The average person is not comfortable with those kinds of thoughts.) Still the theme song is a stunning piece of music for the patient ear to digest, and still raises goosebumps on the flesh of those who recall spinning heads, vocal utterances and concepts we never really wanted to think about. So if you went on to that meditational space where a lot of instrumental music went in the 1980’s, come on back to the Dark Side: give Oldfield another listen, and experience the whole album. It’s just in time to celebrate Oldfield’s May 15th , 59th birthday – as well as being a long overdue trip into an artist’s world you’ll not soon forget…

For instance, that slow, incredibly long ostinato introduction with instruments verbally announced as they enter the acoustic space is not so unlike the first sentence in Blatty’s book: “Like the brief doomed flare of exploding suns that registers dimly on blind men’s eyes, the beginning of the horror passed almost unnoticed….” So now I’m going to go read some H.P. Lovecraft so I can get some sleep. If you were old enough in 1973, don’t say I didn’t warn you.