It has been a great year so far in way of meeting some great an talented people in the world and it's no different here with Bobby Johnston. He has a great ear for his work and I am glad we got chance to talk, much success in his future... Thank you!
-Jeremy [Retro-Zombie]


- How did you get started in the field of music and how did that lead you to composing?

Bobby Johnston: I began playing piano by ear when I was 5 years old. Appropriately, the first things I began to figure out were snippets of music I’d heard on television. I started taking piano lessons at the age of 6 and continued for seven years. I began playing in bands when I was 14 and spent the next 20 years playing countless gigs, first in my hometown and later in Las Vegas and throughout Southern California. I fiddled around with any instrument I could get my hands on and spent most of my free time writing and recording original music.
Film composing is something I’ve been interested in since high school. In my senior year I took an English composition class called The Art Of Film and was exposed to the work of Bernard Herrmann, Nino Rota, Elmer Bernstein and other legendary composers. I carried this seed with me as I became fairly obsessed with film over the next several years. Around 12 years ago, I finally went for it and have been very fortunate that things have fallen into place for me. 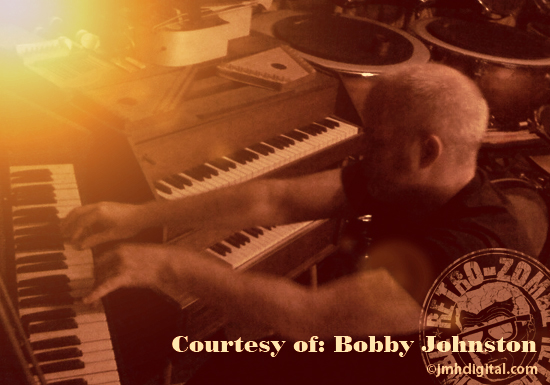 - What are you working on now currently and what have you completed?

Bobby Johnston: I just completed 2 scores. I finished my score for ‘The Barrens’ (directed By ‘Mother’s Day’ director Darren Lynn Bousman) about 8 weeks ago and just turned in my score for ‘A New York Heartbeat’ a few days ago. In the past 12 months I’ve also completed scores for ‘Crazy Eyes’ and ‘Let Go’. Both films will be released in 2012.

-In your circle of composers who do work with and what is the best part of your contributions?

Bobby Johnston: I’m very excited about my recent collaborations with master percussionist Greg Ellis. He’s played on three of my scores (including ‘Mother’s Day’) and we also co-compose on some of the up-tempo, action sequences…It’s really been a blast!
I collaborated with Lisa Papineau (singer-songwriter for the band Big Sir) on the ‘Crazy Eyes’ score. Her voice is amazing and she has a rare fearlessness when it comes to using her voice as an instrument. We did some co-writing on the score as well.
For years I played all the instruments on my scores. But, lately I’ve been using additional instrumentalists more and more. It’s become one my favorite parts of the job. I have a great group of musicians I work with, including cellist John Krovoza and violinist David Markowitz, both of whom performed on the ‘Mother’s Day’ score. 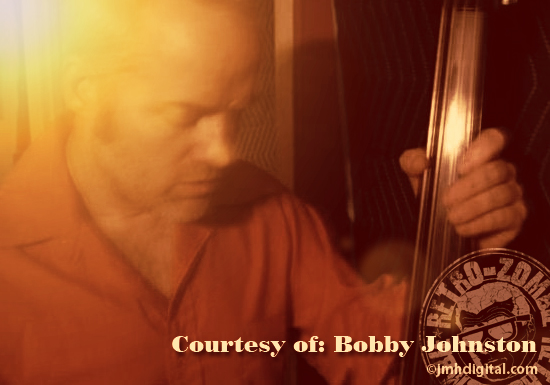 -Who inspires you musically and who do you listen to?

Bobby Johnston: I’m inspired by such a wide variety of musicians and composers I wouldn’t know where to start. In truth, I don’t put other people’s music on very much anymore, except when I’m doing research for a score. At the beginning of most projects I explore certain performers, instruments, genres and periods that might relate to what we are trying to do with the music. Other than that I try not to be too influenced by what others are doing. Also, after 15-19 hours in the studio silence is indeed golden.

- Out of all your released work, which gives you the best feeling of accomplishment?

Bobby Johnston: That’s a tough question. They are all satisfying in different ways, but the release of my score to ‘Extra: In the Background of a Dream’ was a really good feeling. This was my very first score and many of the pieces had been used on ‘This American Life’. So, it was being heard on the radio for years, but wasn’t available until Citadel Records released the score in 2007. Kind of cool that they put it out on vinyl too! 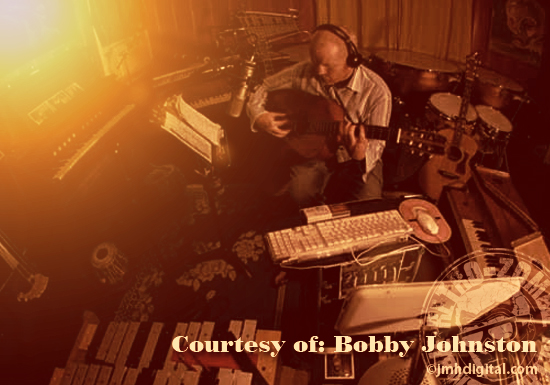 -Walk us throughout a typical day?

Bobby Johnston: I like to get into the studio pretty early. The first few hours of the morning are the best. I only use acoustic instruments, so live tracking takes up a large portion of the day. This is balanced with writing and many other tasks such as editing/mixing existing tracks, recording sessions with soloists and prepping work for interns or assistants. It may also include meetings with directors, producers and music editors, checking in with my agent, assembling demo submissions, mastering scores for archiving and soundtrack releases, etc...I also have to look after my publishing company lately, as I’ve been licensing music from my library for commercials and other visual mediums.

All in all, it’s a pretty full day.

-Bonus: Tell us something you would like us to know about you?

Bobby Johnston: For the first 7 years of my composing career I was teaching kindergarten during the day and scoring films in the evenings. I didn’t sleep much back then, but found both occupations very rewarding. I still miss teaching, but I’m not crazy enough to go back to 2 full-time jobs!