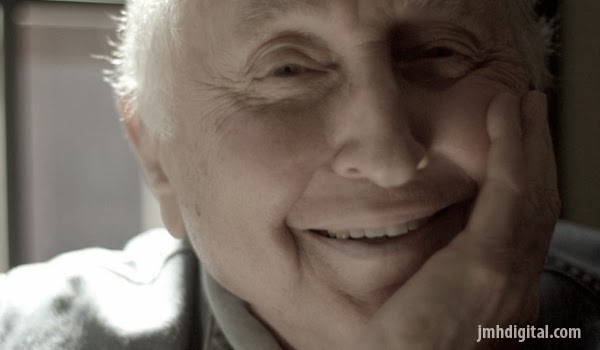 Meet Seymour Bernstein: a virtuoso pianist, veteran New Yorker, and true original who gave up a successful concert career to teach music. In this wonderfully warm, witty, and intimate tribute from his friend, Ethan Hawke, Seymour shares unforgettable stories from his remarkable life and eye-opening words of wisdom, as well as insightful reflections on art, creativity, and the search for fulfillment. A “poignant guide to life” (Indiewire) and an engaging exploration on the dedication, perseverance, and fortitude essential to creating both art and a rewarding life, Seymour: An Introduction will leave audiences uplifted and inspired.

“As I have discovered, the best antidote to rejection and discouragement is to marshal the courage to begin all over again,” wrote Bernstein in the preface to his acclaimed book, MONSTERS AND ANGELS Surviving a Career in Music .

“I have been struggling recently with finding [out] why it is that I do what I do,” said Hawke who initially met Bernstein at a dinner party. “I immediately felt safe around him [Bernstein] to talk to him about some of these things. At this one dinner, Seymour helped me more than anyone in my own profession had been able to.”
“Genius always manifests itself, whatever the obstacles,” wrote Bernstein.  “But what of us non-geniuses? How do we find the courage to pursue our individual callings in the face of a society that bows to fame and money above everything else? I trust that others may find their own answers to this question as I relate my musical and personal experiences. For somehow, and in spite of everything, I have survived. I have shed my victim status and am now in control of my own destiny.”
Sundance Selects, Under the Influence Productions, and Room 5 Films present SEYMOUR: AN INTRODUCTION, currently in theaters now.  SEYMOUR: AN INTRODUCTION – Original Motion Picture Soundtrack on Varèse Sarabande, will be available digitally on April 14, 2015.