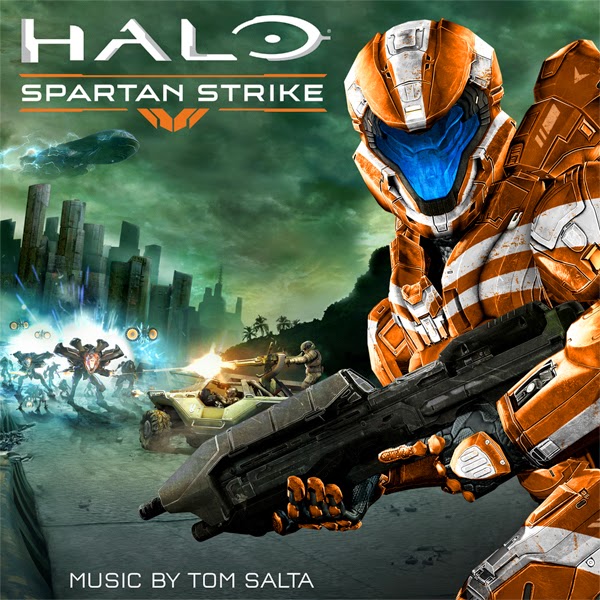 Expanding on his "Halo: Spartan Assault" score, which received "Best Original Soundtrack" at the 2014 Game Audio Network Guild Awards, Salta further develops his contemporary musical voice in the "Halo" universe with original sounds to complement the musical blueprint of the first trilogy, combined with a full modern sound production to create a new, classic "Halo" soundtrack.

"Tom continues to be a great partner for our franchise, and has crafted a stunning musical offering that enhances the overall mix of the game and captures the sonic essence of the Halo experience," said Paul Lipson, Senior Audio Director at 343 Industries.

Prior to his composing career, Salta toured with and worked on releases by a diverse array of popular music artists such as Peter Gabriel, Everything But The Girl, Deep Forest and Sinead O'Connor. After several years of touring, he transitioned to more studio work including producing, remixing and songwriting. Recording under the artist name "Atlas Plug," Salta released the critically acclaimed electronic / orchestral music album "2 Days or Die" which introduced a new hybrid sound to the visual entertainment industry at large, garnering high-profile placements on numerous television shows on ABC, CBS, MTV, NBC as well as national commercials, movie trailers, and video games.

Developed by 343 Industries in conjunction with Vanguard Games, "Halo: Spartan Strike" is an all new story in the "Halo" universe. You are a Spartan supersoldier in a classified ONI simulation of New Mombasa set during the events of "Halo 2". Delve into 30 challenging missions using an all new arsenal of weapons, abilities, and vehicles. "Halo: Spartan Strike" includes a compelling new story, improved touch controls, updated graphics, for an enhanced pick-up-and-play experience.