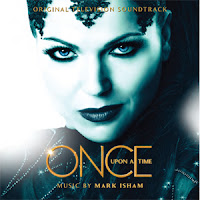 Intrada is proud to announce the release of Mark Isham's score to the hit ABC TV series Once Upon a Time that premiered last fall. Isham needed to come up with a score that spanned the entire spectrum of emotions -- not only breathing life into quieter moments, but also being romantic, sweeping, and epic. The result was a score for the series that is both beautiful and heartfelt and has become integral to the fabric of the show. For this release representing music from various episodes, Mark Isham has compiled over an hour of music carefully produced to provide listeners with a musical journey that captures the essence of the show. This release also features five different collectible covers, but the contents of all discs remain the same. The show focuses on Emma Swan, whose life has been anything but a fairytale. A 28-year-old bail bondsperson, she s been taking care of herself since she was abandoned as a baby. But when Henry the son she gave up 10 years ago finds her, everything changes. Henry is desperate for his mom s help and thinks that Emma is actually the long, lost daughter of Snow White and Prince Charming. Even stranger, Henry believes that Storybrooke, the sleepy New England town he calls home, is really part of a curse cast by the Evil Queen, freezing fairytale characters in the modern world with no memory of their former selves. Of course the seen-it-all Emma doesn t believe a word, but when she gets to Storybrooke, she can t help sensing that everything s not quite what it seems...
For More Details: [CLICK HERE]