Let me start of and say this is one of the coolest people I have met in a very long time, I got confused on his location of Copenhagen, Denmark. I thought he was in L.A. and that caused a weird start to this interview and I am glad we fixed this... it was a very cool chat. This being said I wanted to thank Soren for his time and I would like to share this with you all and want you all to seek out his music.

For More Information on this score released by MovieScore Media:
Eye Of The Eagle: Film Music of Søren Hyldgaard


- How did you get started in the field of music and how did that lead you to composing?
Soren Hyldgaard: My parents - very romantically! - met through music, he was a bassist and my mother, though at the time not performing professionally, was a singer. So I grew in an atmosphere influenced by tones from the guitar, the double-bass, percussion and song – though curiously enough, I never played any of these instruments.

On the other hand, at an early age I immersed himself with keyboards of all types; ’electric organs’ were the hip names and ‘synthesizers’ in those days. I went with my mom to see “The Sound of Music”, fell in love with all the girls in the movie, went home and could immediately play Edelweiss and Do-Re-Mi. I had, still have though less sharpened, the gift of ‘photographing’ the music in my mind.

Perhaps the cathartic flash came when I, as a young child in the early 70s, was enthralled with “The Bride of Frankenstein”. Karloff’s performance moved me deeply, but I was even more taken with Franz Waxman’s haunting themes. I memorized the motifs for the monster and the bride and kept playing them on the piano, never forgetting the themes. You could say I came full circle when, in the early 1990s, I worked with the Silva Screen label to restore the complete Waxman score from “The Bride of Frankenstein” and releasing it on CD. This was my first professional job with film music and symphonic recording. 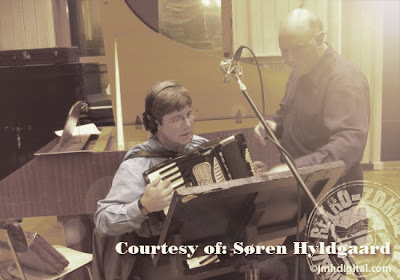 - What are you working on now currently and what have you completed?
Soren Hyldgaard: My latest feature scoring is “Something the Air”, a romantic comedy in the “Love Actually” vein. In the credits I dedicate the music to the late John Barry -- one of the truly romanticists in cinema music. When you hear my themes and how they’re arranged on the new album, it becomes very clear how Barry influenced my writing. And stylistically it’s a deliberate homage to him.

Currently I am polishing a commissioned piece for the concert hall, a work that is slated to open at the famous Tivoli gardens in June of this year.In this year’s advent of H.M Queen Margrethe’s forty years on the throne. My piece commemorates the history of the ancient Danish kings and some of the dramatic incidents throughout history. There is a fair chance that this music, along with my very popular Hans Christian Suite (for Symphonic Wind Orchestra) will get out there, as I am published through the Hal Leonard Corporation in North America and other continents.

I like this occasional switching between film scoring with its strict deadlines, and the free-styling of live music where the scope, length and style is more or less one hundred percent up the composer. Plus, I orchestrate every note myself! - a luxury not always feasible in film writing. 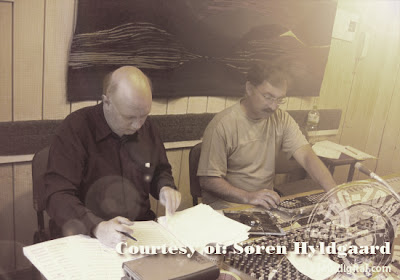 - In your circle of composers who do you work with and what is the best part of your contributions?
Soren Hyldgaard: We do have a strong circle of film composers here in Scandinavia, only recently united to discuss business, working conditions and cool gadgets. But we are mostly individualists, working by ourselves. However, I have a good friend and gifted colleague, George Keller, with whom I have worked on several projects -- co-writing, sketching, orchestration etc.

- Who inspires you musically and who do you listen to?
Soren Hyldgaard:To me, it’s always been the music/the movies/ - the art, the works more than the artist, if you will. I like this piece by Prokofiev, that painting by Magritte, that film by Hitchcock. That said, I do tend to listen more to Prokofiev, Richard Strauss, Mozart... I am a Korngold aficionado, but only when I am in that lush, late-romantic mood. Give me Bernard Herrmann anytime! He is certainly one of the most personal and influential composers in movie music. I wish he could be here to enjoy the current adoration and respect for his music! 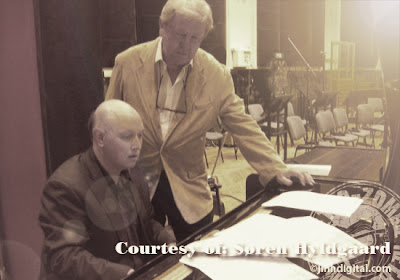 - Out of all your released work, which gives you the best and feeling of accomplishment?
Soren Hyldgaard: Of my film scores, I do have some pets -- and the selections on the new “Eye of the Eagle” CD reflect a great deal of these. Looking back, my best experiences have less to do with the actual music than with the circumstances surrounding the projects -- how enjoyable or not the process was, how my rapport was with the director, etc. etc. The recent, aforementioned “Something the Air” was a rewarding experience. The director, first-timer Michael Asmussen, loves music, loves romance and strings. Everyone loves a collaborator who cares, who expects, who respects and who give you space. “Tommy and the Wildcat”, the European Disney movie as I call it, is another favorite of mine, and for similar reasons. And then, with all the hard labor and crazy cue sheets, I love animation; “The Jester Till”, “Help I’m a Fish” and others... I’d like to do more in this field, but never more than one every second year! Perhaps my guilty pleasure is doing music for horror films. Just like romance, it’s a genre that direly needs music to work!

- Walk us throughout a typical day?
Soren Hyldgaard: A typical day can be either 6-9 hours of actual writing (doing sample programming in Logic Pro or notes-on-paper-scoring using Finale), or it can be no music writing at all but doing meetings, spotting sessions, communicating, editing, wheeling and dealing. Or, a combination of the two ‘extremes’. I remember many years ago how I wondered about Bill Conti stating in an interview that, out of his total work schedule he rarely spends more than ten to twenty percent of his time actually composing music!
http://sorenhyldgaard.com/
Hosted by Unknown at 2:01 AM