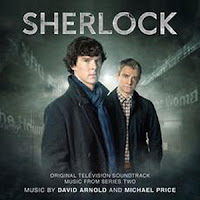 
Michael Price - Following a successful career as a contemporary dance composer, Michael moved into films in 1996 when the late Michael Kamen invited him to orchestrate electronic sounds for the Paramount movie Event Horizon. This led to a five-year working relationship encompassing a number of highly successful film scores in London, LA and Prague, and concerts in Berlin, New York, San Francisco and Geneva. Michael has worked on a number of major films including the Academy Award winning feature Children of Men, comedy hit, Hot Fuzz, and Quantum of Solace.
David Arnold - David is one of the UK’s leading film composers and is behind the contemporary scores to the updated James Bond franchise – Casino Royale and Day Another Day. He has also penned the scores to a host of blockbuster movies including Stargate, Independence Day and 2 Fast 2 Furious.