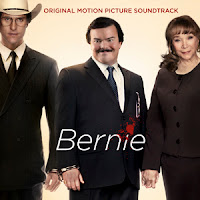 
In small-town Texas, the local mortician strikes up a friendship with a wealthy widow, though when he kills her, he goes to great lengths to create the illusion that she's alive.
With the amount of films that come out that are complete rip offs of other films... well here might be another one. I am not sure, it looks very entertaining as Jack Black becomes the angel of... DEATH? Just your average guy with an extraordinaire soundtrack with simple feel good music, that will pluck your heartstrings... even though it's most likely about murder that only the angel of... DEATH could bring!
-Jeremy [Retro-Zombie]
----------------------------
Hosted by Unknown at 2:02 AM