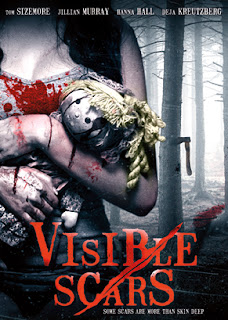 Despite temporary relief from her tormentor, Stacy is overcome with the voices of those trapped in these hills…and is haunted by a legacy that refuses to die.

What about the children, if you have to ask... maybe you shouldn't? Overall it was a creepy film, got some great here and there things going on.
-Jeremy [Retro-Z]