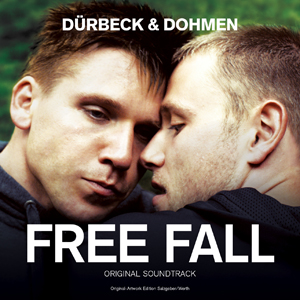 
Telling the story about a policeman who lives the perfect life with a woman and a baby on the way but falls in love with a male colleague, Free Fall (original title: Freier Fall) has been compared to Brokeback Mountain and was met with good reviews after its premiere at the Berlin Film Festival in February. Co-inciding with its German theatrical release on May 23, MovieScore Media releases the beautiful soundtrack by film music duo Dürbeck & Dohmen digitally online. The music is intimate and, for the most part, guitar-driven and somewhat minimalist in style, perfectly capturing the intricate emotions of the main character in the film.