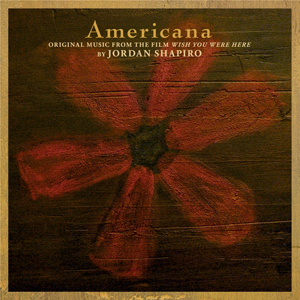 “Everyone was adamant that the score always emanate from an ‘Americana’ feel/foundation,” described Shapiro, who was the perfect choice to compose the music for Wish You Were Here.  “I have always loved Ry Cooder, and have always aspired to play anything I could with a slide. I play pedal steel guitar, dobro, lap steel and some slide guitar, as well as some keys, acoustic guitar, mandolin, etc.”

Jordan Shapiro has played one instrument or another for as long as he can remember. With a long list of musical accomplishments including live and session work, producing/recording records for a wide range of artists and churning out his own “Organic meets New Technology” brand of music for consumption by various Television/Film production companies and Artists, Jordan has been keeping himself busy in his own studio, humbly dubbed ”Average White Guy Studios” in Echo Park, CA.