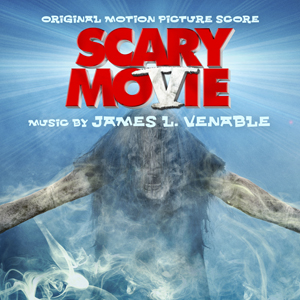 “This score was my third opportunity to take a forensic look at the music from many of my favorite Scary Movies,” said Venable, who also composed the music for Scary Movie 3 and 4.  “I had a lot of fun trying to figure out a way to compose original music that supported the comedy and action of the Scary Movie V while maintaining the music essence of the film that was being featured in the comedy.”

The Scary Movie V – Score will be available digitally through all major providers on May 14, 2013.