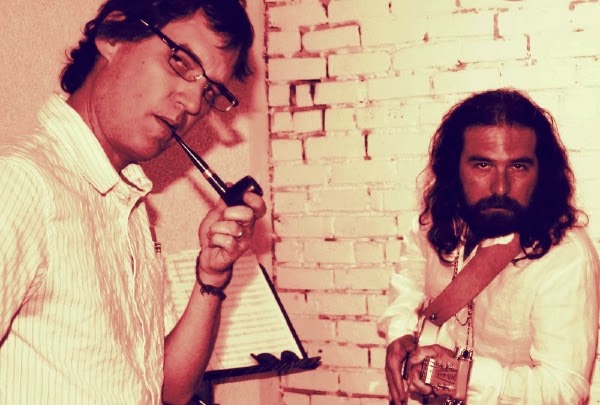 With the 70's behind him, San Diego's top rated newsman, Ron Burgundy (Will Ferrell), returns to the news desk in 'Anchorman 2: The Legend Continues.' Also back for more are Ron's co-anchor and wife, Veronica Corningstone (Christina Applegate), weather man Brick Tamland (Steve Carell), man on the street Brian Fantana (Paul Rudd) and sports guy Champ Kind (David Koechner) - All of whom won't make it easy to stay classy... while taking the nation's first 24-hour news channel by storm.

ANCHORMAN 2: THE LEGEND CONTINUES features original score by Feltenstein and Nau plus 4 songs co-written by the duo with lyrics by the film’s director Adam McKay and star Will Ferrell, including the heartwarming song “Doby”, performed by Ron Burgundy.

“Doby is the a giant metaphor for Ron Burgundy's new understanding of life and love and the importance of all family over job,” said Feltenstein.  “Ron kills it and makes the song come to life.”

It was in Venice, CA that John Nau and Andrew Feltenstein would meet, some 14 years ago.  Feltenstein was working on songs in a studio while Nau was there to score a film.  Becoming fast friends and collaborators they decided to open their own studio, a decision which paid off rather quickly as they secured a ready stream of commercial work.  A project for BudTV – a series of short films and sketches for Budweiser -- would lead to them working with Matt Piedmont, an Emmy Award winning writer for Saturday Night Live (SNL) and writer for the popular website Funny or Die.  Piedmont would enlist Feltenstein and Nau to compose for his web series The Carpet Brothers, starring SNL alums David Spade and Tim Meadows and Brick Novax’s Diary, a winner of a Jury Prize in Short Filmmaking at the 2011 Sundance Film Festival.


Piedmont would make his leap to feature films with his directorial debut Casa de mi Padre starring another SNL alum, Will Ferrell and written by his Funny or Die collaborator Andrew Steele. Nau and Feltenstein’s film and TV credits also include the films Bachelorette and Kids and Money, and The Big Love Christmas Album.  Their upcoming projects King Dork for director Matt Piedmont and the films A Many Splintered Thing and Better Living Through Chemistry.

THE SPOILS OF BABYLON is directed by Matt Piedmont and written by Piedmont and Andrew Steele, frequent collaborators of Feltenstein and Nau.  After decades of anticipation, Eric Jonrosh’s best-selling novel is finally getting the television adaptation it deserves. THE SPOILS OF BABYLON —the sweeping, provocative tale of the mighty Morehouse family—premieres on Thursday, January 9 at 10/9c on IFC.  Fearing that Hollywood would sully his masterpiece, Eric Jonrosh wrote, directed and financed THE SPOILS OF BABYLON himself. His original, 22-hour version has been faithfully edited into epic TV event, featuring Jessica Alba, Will Ferrell, Jellybean Howie, Val Kilmer, Tobey Maguire, Haley Joel Osment, Tim Robbins, Michael Sheen, Steve Tom and Kristen Wiig with a cameo by David Spade and the voice of Carey Mulligan.

“SPOILS, musically, has everything you want,” said Feltenstein.  “Live, impassioned, imperfect and classic.  Steve Lawrence sings the theme song and he not only makes the world come to life, he personifies the bravado and, to quote him, the ‘just a tad off-Broadway feel’ of the entire project.”