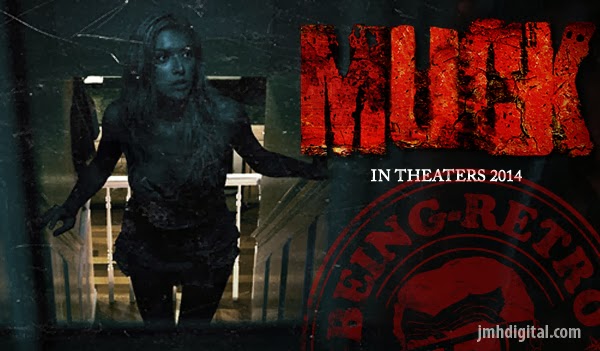 
LOS ANGELES – January 13, 2014 – The world’s biggest television manufacturers, including Samsung, LG, and Sony, used last week’s CES 2014 as a launching pad to declare that they will lead us into the 4K / Ultra HD revolution in 2014, content or not. Those who attended CES 2014 in Las Vegas were amazed by the visual experience of the latest in HD. The biggest Hollywood studios and TV programmers, Warner Bros., 20th Century Fox, Amazon, Netflix, and others, are already rushing to create content in 2014 for the breathtaking picture of new 4K / Ultra HD TVs. Ahead of the curve, however, is Steve Wolsh’s independent horror film, Muck; out in front, Muck will become one of the first titles anywhere to offer consumers the premium 4K / Ultra HD experience.

For Steve Wolsh, being independent with a limited budget would not stop him from literally seeing the bigger picture, and he knew that 4K / Ultra HD was the future. Muck is full of stunning slow motion fire, glass explosions, water combat, and rapid-paced fierce horror stunts that will jump off the screen in 2014 in both HD and Ultra HD. Muck pushes the limits of what can be done in both independent filmmaking and within the horror genre.  Steve Wolsh aims to get Muck in as many languages and territories as possible, so he partnered up with Blacklist Productions in Hollywood to have the ability to screen Muck in 4K / Ultra HD for interested parties.

Steve Wolsh and company did not waste any time to begin pre-production for Muck Offed (the Muck prequel). With the release ofMuck later this year, casting for Muck Offed is already underway. For the prequel, Steve Wolsh has promised to push his practical effects and the phrase “No CGI” into even more dangerous places. The entire original Muck cast, including Horror Legend Kane Hodder and 2012 Playboy Playmate of the Year Jaclyn Swedberg, as well as Australian hunk Lachlan Buchanan (Newcastle, Pretty Little Liars, and NCIS: Red), YouTube sensation Lauren Francesca, Indian beauty Puja Mohindra, Bryce Draper, Grant Alan Ouzts, Stephanie Danielson, and Laura Jacobs (Almost Human), will all be alive and well in the prequel along with the 13 new characters being added to the Muck universe. It could get messy…

You are asking yourself what is "MUCK" more coverage on it's way?
Jeremy [HWR:OLM]

Email ThisBlogThis!Share to TwitterShare to FacebookShare to Pinterest
Labels: Muck