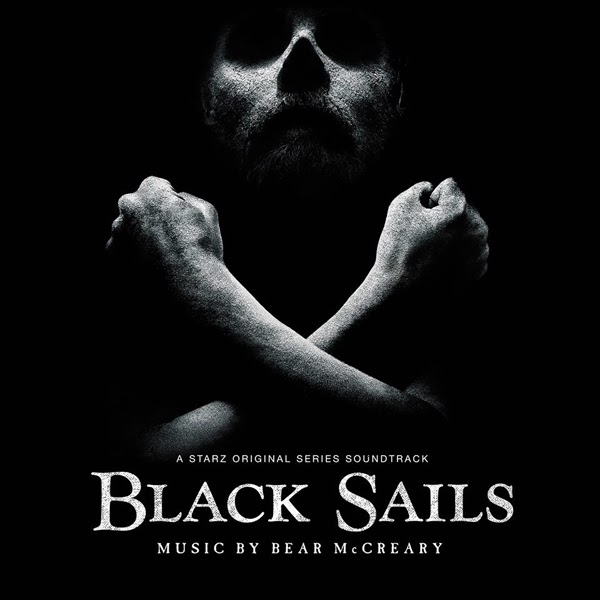 La-La Land Records has been allotted "360 Autographed Units" of this title. Once they are sold out, they are gone for good.

The soundtrack for BLACK SAILS, a Starz original series about the Golden Age of Piracy, features gritty original music by Emmy® Award-winning composer Bear McCreary. "My goal was to create music that sounds improvised by an exhausted crew aboard a ship navigating choppy waters," said McCreary. "I wanted the audience to sense dirt beneath fingernails plucking jangly mandolin strings, to feel urgent strains of a hurdy gurdy crank, and to smell stale air wheezing out of old accordion bellows." The resulting score, described as raw, salty and authentic, also features what Entertainment Weekly called "Arguably McCreary's best titles theme, and that's saying quite a bit."
Hosted by Jeremy [Retro] at 2:40 PM