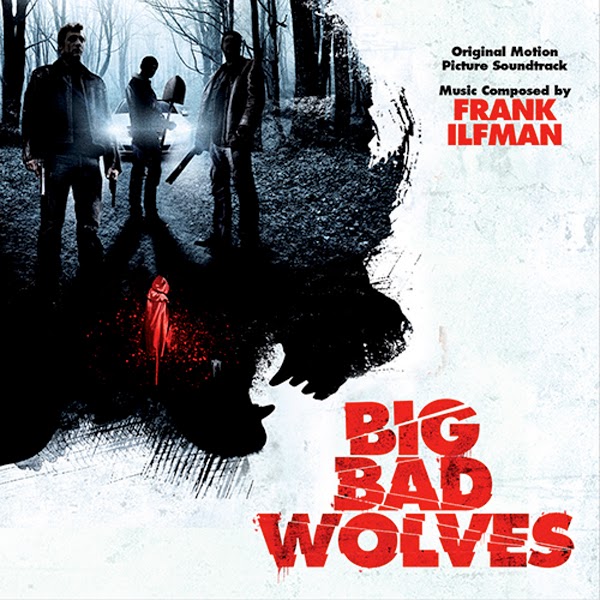 Inspired by the recent masterpieces of Korean New Wave, Big Bad Wolves is an Israeli crime thriller written and directed by Aharon Keshales and Navot Papushado. This revenge film follows the life of a brutal serial killer through the eyes of three people: the father of the latest victim, a vigilante police detective and the likeliest suspect who had just been released from custody. The paths of the three men are bound to collide… Big Bad Wolves was released on December 6 in the UK and had premiered on a number of film festivals with great success.

The music for Big Bad Wolves was written by Frank Ilfman who first learned about the world of film music when he met composer Klaus Doldinger who subsequently invited him to the scoring sessions of The Neverending Story. The thirteen-year old boy (who by that point was a member of the Tel Aviv Dixieland Band) fell in love with the world of cinema and had pursued this passion ever since. By now, Frank had scored over 40 films and television productions, his most recent credits include Dave Roddham’s war-based short Coward (2012), Eytan Fox’s comedy Cupcakes (2013) and the literature-themed documentary Russia’s Open Book, hosted by Stephen Fry.

“For Big Bad Wolves it was important to have a big major theme that will be bigger than life, something that will take you into this dark fairy tale” recalls the composer about the score. “The film has a few very Hitchcockian moments so we wanted to have a very bold strong main theme that can stand on its own and something that will stays with you when you leave the cinema thinking of the movie. The music is like a fifth character in the movie and its one of its key elements.” The music for Big Bad Wolves was recorded with the London Metropolitan Orchestra at Air Lyndhurst Studios, conducted by orchestrator Matthew Slater.
And you thought we were done with 2013, not quite yet!
Jeremy [HWR:OLM]
Hosted by Jeremy [Retro] at 12:04 PM